For starters, Paul Chaat Smith describes the reality of Native America before Columbus. From Exile on Main Street: Home of the Brave: 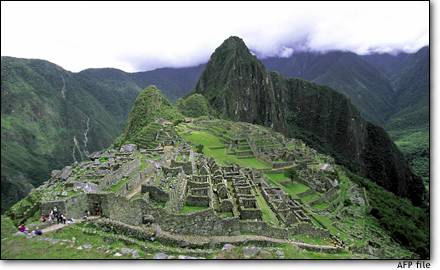 This passage suggests a basic question: How and why did our view of Indians change from a diverse continent of thousands of tribes to a handful of nomadic tribes on the Plains? The answer is that Euro-Americans wanted to "tame" the continent, to make it theirs. So they had to come up with a justification for marginalizing or eliminating the continent's inhabitants.

Gary Nash has written a superb essay, Red, White, and Black:  The Origins of Racism in Colonial America, on this subject. In it, he describes how the colonists' opinion of Indians shifted over time. When the colonists needed them to stay alive or fight a war, the Indians were brave and noble savages. When the Indians got in the way and threatened Euro-American plans, they became heathens, devils, beasts in human form.

If the colonial era saw the first phase of Native stereotyping, the westward-expansion era saw the second phase. It was then that many of the basic stereotypes became rooted in the American mind.

Images spread through media
Once the colonists formed their impressions of Indians, these impressions spread far and wide. People who had never met an Indian, as the first settlers had, got their views from the media. An exhibit at the Huntington Library entitled "Legacy and Legend" explains the role of prints, posters, photographs, and books:

A book review of The Newspaper Indian: Native American Identity in the Press, 1820-1890 explains the role of newspapers:

Taming the "Wild West"
It's fairly well accepted these days that America's "Wild West" is a myth. Americans invented it to give context to their national icon, the cowboy. A book review in the LA Times, 4/4/04, hints how this happened:

Not only did Indians help invent our national mythology, but they were key players in it. Since we invented the cowboy to represent our best and brightest side, we needed the Indian to represent our deepest and darkest side. Once thought of as innocent children, Indians became the enemy we had to overcome to realize our potential—to manifest our destiny, one might say.

A few small corrections to the Scholastic Update's essay:

The Wild West show
Buffalo Bill's Wild West show was perhaps the apotheosis of Native stereotyping. It showcased beliefs and attitudes also apparent in dime novels and later in Western movies. Therefore, it deserves a closer look. From a book review of Buffalo Bill's America by Louis S. Warren in the NY Times, 12/11/05:

More on the history of Native stereotypes
From the Baltimore Sun:

Rob's comment
This page is devoted mainly to how Native stereotyping happened. For more on why it happened, see The Political Uses of Stereotyping.

More on the history of stereotypes
Mythologizing the American West
Plains Indians = frontier fantasy
1911:  When Indians were children
The first Native stereotypes (ever)
The problem with Curtis's photographs

Related links
Tipis, feather bonnets, and other Native American stereotypes
The harm of Native stereotyping:  facts and evidence
Stereotype of the Month contest
The essential facts about Indians today