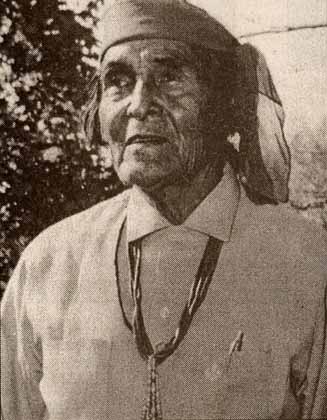 Well, I could go back to my childhood when I had a Hopi coloring book and made a (fake) kachina in Arts and Crafts. Or back to my college daze when I designed two pseudo-Indian characters who looked really cool, even though they didn't have any back story. Or back to five years ago, when I described a comic featuring Greek gods and someone challenged me to do something more original.

Something clicked, and I thought, yeah, take these two Indian characters and make them Hopi spirits: humans whom the gods made into supernatural guardians. But make them a different kind of spirit: a new-wave spirit for a new age.

I could point to several practical reasons for choosing the Hopi, such as that creators already have overused everyone's favorite tribe, the Lakota (war bonnets, buffalo stampedes, and Wounded Knee). Or that a lot of information is available on the Hopi, or that they're the largest tribe close to where I live (Los Angeles), or that those sculptured mesas and pueblos are more visually arresting than some boring, grass-covered plain or trailer park. But there are more compelling reasons:

1) Hopi means the "people of peace," the perfect distillation of what I'm hoping to write about. Many other tribes were either warriors or raiders during their history. I don't think any tribe as big as the Hopi can claim such an exclusively pacifist philosophy.

2) Their philosophy also includes the idea that they're the caretakers of the world. Many Indians share this belief, but I think the Hopi feel it more viscerally. They believe that if they don't live, act, and conduct their ceremonies religiously, the world will be destroyed again as it was before. Literally (in theory).

3) The Hopi are physically isolated from the rest of the world—an hour's drive from the nearest Anglo city—which has helped them retain their native beliefs. They're less Westernized than any other tribe I know of. As Theda Bassman claims in her Treasures of the Hopi, "They are unique among Native Americans in that they live in the 'old ways' more than any other North American tribe." 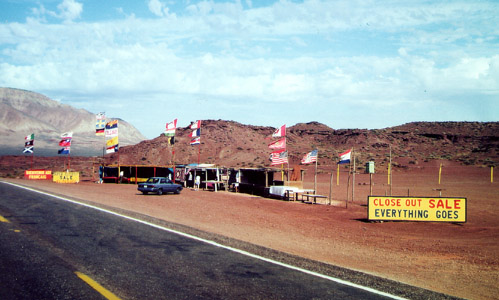 That means I can write realistically about people who have a pure sense of their identity—whose beliefs and culture have not been watered down by Western influences. The Hopi are still fighting the good fight against assimilation, whereas most other tribes have fought and lost. That makes the Hopi prime subjects for my theme: Is an Indian-based culture or philosophy still valid in this age of just wars and trickle-down economics?

4) As a corollary, the Hopi retain a small-town feeling that a large tribe, or one near an urban center, wouldn't share. It's easier to focus on a few characters in a fixed, limited environment then a mass of people in an ever-expanding, chaotic one.

5) Likewise, the isolated locale reduces possible plot problems. If a monster should happen to appear in the desert, I don't have to explain why it isn't immediately surrounded by the police, TV reporters, curious bystanders, etc. Nor do the heroes have to explain who they are, how they can do magical feats, why they're acting outside the law, etc. The setting limits the complications.

6) And it's simply a novelty. We've already seen thousands of superheroes fighting it out amid the skyscrapers of New York City/Metropolis/Gotham City. Relatively speaking, creators have hardly touched the Southwest as a setting for popular fiction.

7) Although I haven't studied Indian religions in depth, the Hopi religion seems more...concrete, definite, and real. Even though there are many variations in the details, it seems like one coherent story from beginning to end. There are the creation myths...the migrations...the settlements...the requirement to perform a cycle of ceremonies...and to live according to the Hopi philosophy. It all seems very interconnected and "whole" to me.

8) Besides, the metaphysics of this comic fit well with Hopi beliefs. Since the Hopi (along with other Indians, true) believe the gods created semi-mythological figures such as Spider Grandmother or Kokopelli, kachinas, animals, plants, clouds, the sun, and the rest of nature with individual spirits, it stands to reason they could create other magical beings. Just as the gods intervened in old myths to help (or punish) someone by turning him into an animal or whatever, I figure they could create superheroes to deal with the problems of the modern world.

As a concerned god might put it, when you're faced with poverty, health problems, government bureaucracy, legal issues, corporate conflicts, computers, television, tourists, and gambling, who're ya gonna call? Ghostbusters? The Mighty Morphin Power Rangers? A couple of Native superheroes, "spirits for the 21st century," might be a better answer.

P.S. Here's an interesting quote I came across after the fact. I wonder if this leader would support a comic about Hopi Indians.

Related links
Origins of PEACE PARTY
Why do a comic about Indians?
Culture and Comics Need Multicultural Perspective 2000