America's Cultural Roots gives an overview of the country's cultural history and presents the central theme: America as a frontier and Americans as its tamers. Those whom Americans "tamed"—by subjecting them to genocide, enslavement, racism, poverty, and neglect—may feel differently, of course. But here's how Americans have described their "promised land."

Proto-American self-righteous superiority
First, some quotes from people who surely would've been American if America had existed then:

Interestingly, we don't have any quotes from the Founding Fathers defining the new nation's character. There may be a good reason for that. In an article in the LA Times, 4/22/01, Max Rudin, the Library of America's publisher, explains:

19th-century self-righteous superiority
Next, some quotes showing how Americans think of themselves: as beacons of light, harbingers of progress, bastions of civilization.

It's pretty damn ironic that Andrew Jackson's "memorials of a once powerful race" were made by the same people belonging to the "existing savage tribes." It's even more ironic that the "blessings of liberty, civilization, and religion" led Jackson to defy a lawful Supreme Court and order the forced relocation of the Five Civilized Tribes, leading to thousands of deaths. Their crime: standing in the way of progress.

Too bad Teddy Roosevelt didn't live to see the great civilizations of Nazi Germany, Imperial Japan, and the Soviet Union expand and bring peace to the world. But his peculiarly American myopia was obvious even during his lifetime. The US achieved "peace"...by fighting innumerable Indian wars, conquering part of Mexico, and drenching itself in blood over the slavery issue. Ask the Indians, the Mexicans, or the Confederates if they benefited from America's peaceful wars of conquest.

As for Sen. Beveridge, you have to admire the way he put profit before glory and glory before happiness. He was clearly a man who knew America's priorities and could proclaim them eloquently. Hitler would've been glad to second Beveridge's belief in the superiority of Teutonic people; in fact, he carried this belief to its logical conclusion.

This survey not only exposes our theological cornerstone, but our cultural conerstone as well. America's Judeo-Christian sense of self-righteousness is strong. Everyone can and should help themselves, we believe, or suffer the consequences. 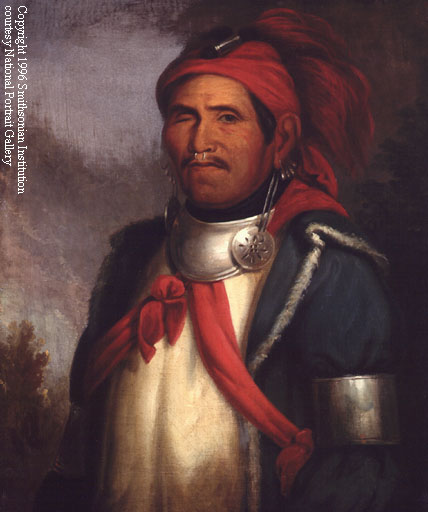 It would be fascinating to ask the same question of Native people who follow their traditional ways. I'd bet good money the response would be different.

Nattering nabobs of negativism
Amazingly, not everyone agrees with America's self-perceptions. We can only surmise what's wrong with these people.

For more nattering nabobs of negativism, see Why Don't "They" Like Us?