Beyond the "war"....
From Killing the Hydra: Only attacks on its ideas can defeat a network like Al Qaeda by Mark Sageman. In the LA Times, 6/6/04:

From Beneath Bombast and Bombs, a Caldron of Humiliation by Jessica Stern. In the LA Times, 6/6/04:

On the 100th anniversary of the Nobel prize, 100 Nobel laureates warned that our security hangs on environmental and social reform. From a document posted 12/8/01:

Thinking in a new way means abandoning old assumptions and beliefs. It means clearing one's mind and developing a perspective beyond the mainstream and conventional. Having been victims of terrorism themselves, Native people do this instinctively. They see what most Americans don't.

Therefore, as the following suggests, the cause of world peace could use a Native perspective:

Shifting paradigms
Once we've declared "victory" over terrorism, we'll still need to address the underlying problems. How will America deal with the world after this crisis is over? Will we continue our old Manifest Destiny ways, or try a new approach as Daniel Terris suggests? Will we finally realize the conquering, might-makes-right approach won't work when there's no one left to conquer?

Summing up the problem with the US, the terrorists, and the world, George Santayana said:

George W. Bush has cast the terrorism crisis in comic-book, cowboy terms. We're the good guys, the heroes, with (of course) God on our side. We're going to wipe out the bad guys, the evildoers, the spawn of Satan. It's John Wayne, Superman, and Luke Skywalker, vs. the Indians, Lex Luthor, and Darth Vader in a grudge match to end all grudge matches.

That approach is fine when life really is a comic-book situation: good vs. evil with no shades of gray. That was the case when Hitler tried to conquer the world or Saddam Hussein invaded Kuwait. There was no valid reason for their actions or beliefs.

Such an approach didn't work well with the Indians or the Vietnamese. Then, as now, we had an amorphous enemy we didn't understand. It took decades of treaty violations and savage warfare to "subdue" the Natives...and we lost in Vietnam. 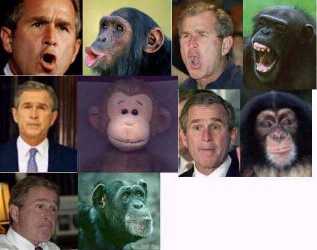 Of course, there's no justification for the 9/11 holocaust. None whatsoever. But this enemy, unlike Hitler, is the tip of the iceberg. It's not the spearhead of an "evil empire," something we can eradicate like a virus. It's the spearhead of a sprawling, legitimate culture that distrusts much of what we stand for. And our friends and allies agree with it much of the time. (Witness the UN's support for the Palestinian cause.)

Bush may succeed in the limited sense of beating the bad guy, though I wouldn't bet on it. But he's out of his league when it comes to understanding cultural conflicts. For that task we need a leader with vision, a Mahatma Gandhi or Martin Luther King Jr. Someone who sees beyond the immediate crisis to the long-term clash of values and realizes brute force isn't the answer.

Sadly, the Dr. Seuss-reading, video game-playing Bush is the last one who'll change America's exceptional attitude. He couldn't make it to the end of this posting without an aide to summarize it for him. His understanding of anything is fuzzy at best.

Bush deals only in black and white. If anyone ever believed Dubya was "compassionate," that belief must be long gone. His thing is strength (insensitivity), determination (inflexibility), and God (arrogance).

Multicultural perspective needed
No, we need a leader as far above Bush as Bush is above a housefly. Someone with a multicultural vision who can lead a paradigm shift. Who can acknowledge America's weaknesses and the rest of the world's strengths—not the other way around—and approach conflicts with humility and respect.

Bush, the naysaying neo-isolationist who never met a treaty he liked, ain't that person. He probably couldn't spell or define "paradigm," let alone lead us to a new one. Like so many leaders before him, he seems destined to repeat America's mistakes.

Chosen by God (Manifest Destiny), he'll smash the barbarians (Indians) and lock up their accomplices (Japanese internment camps). He'll make the world safe for democracy. Where have we heard that before?

'Twas another US president who said: 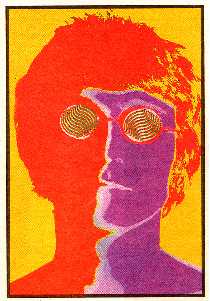 Unfortunately, Woodrow Wilson said this after the "war to end all wars." He neglected to anticipate World War II, the Korean War, the Vietnam War, the Gulf War, the Cold War, the war on poverty, the war on drugs, etc., etc. His and America's conceit—that they could actually end war—makes them look foolish historically.

With his pledge to "rid the world of evil," Bush is off on the same path. His "crusade" is as doomed as Wilson's was. As the original Crusades were. As is any crusade against an ideology rather than an evildoer.

John Lennon said "Give peace a chance" and "Imagine." Let's hope cool heads on both sides do just that. And let's hope not too many soldiers and civilians die along the way.

More on what the world needs now
4 Lessons to Make Us Safer:  What Bush could do to create a more secure world for our children and grandchildren
West Can Fight Terror by Sharing Prosperity:  Clinton

Related links
What happened:  results of the so-called war
A shining city on a hill:  what Americans believe
Winning through nonviolence
America's cultural mindset