Continuing the analysis of the 9/11/01 terrorist attack on America. The following picks up where The Last Refuge of a Scoundrel left off.

Some Americans get it
"Although there are undoubtedly exceptions," wrote Ward Churchill in Some People Push Back:  On the Justice of Roosting Chickens, "Americans for the most part still don't get it." More on the subject from the LA Times, 9/18/01: 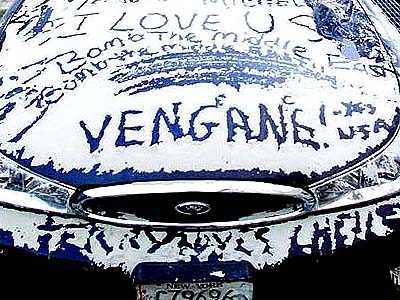 Whether at home or abroad, America's attitude is "my way or the highway"..."like it or lump it"..."I'm right and you're not."

Comment:  The answer to Gitlin's question for those who oppose war is obvious. We oppose these criminals the way we've always opposed criminals—whether it's South Africa's apartheid regime, the Nazis who fled Germany, or OJ Simpson. Namely, we pursue them, surround them, and force them to surrender. This approach has worked in countless cases large and small throughout history. It's working in this case too.

See Diplomacy Works, Violence Doesn't and What Happened:  Results of the So-Called War for more on the subject.

In contrast, bombing Afghanistan hasn't resulted in the capture or death of those who planned 9/11. It hasn't done much to reduce terrorism worldwide or prevent Al Qaeda from planning revenge. Rather than ask peace advocates how they'd defend the country by some means other than bombing, we should ask the warmongers how bombing defended the country. Where's the proof that scattering Al Qaeda did anything to safeguard our borders or make up for the innocent Afghans killed?

Peace advocates haven't evaded Gitlin's question. As he rightly notes, warmongers have evaded ours. Why war after only 26 days, without giving diplomacy a chance? How has bombing Taliban soldiers and creating Afghan refugees brought a single terrorist to justice? How will destroying Afghanistan prevent future terrorism like the 9/11 attacks, which were staged from the US and Germany?

I agree Bush's call to "bring Bin Laden to justice" (dead or alive) was empty rhetoric, especially since he also opposes the international justice system that would achieve the most satisfactory results against Bin Laden. But peace advocates such as Barbara Kingsolver advocated more than just bringing Bin Laden to justice and were willing to rely on international mechanisms to ensure justice for anyone captured. Whichever straw man Gitlin thinks he's arguing against, it isn't the position of the typical peace advocate.

Patriots of America, unite!
I wrote the following letter to the LA Times, 9/24/01: