Rob's reply
You may be a sinner, Sherry, but I'm not. You may say you're a Christian, but I say you're not. You're not telling Indians Jesus loves them, you're telling them they're drunks.

Ah, me. So much stupidity, so little time. Where to begin with this piece of racist rubbish?

Well, for starters, Native people aren't burying their heads in the sand about alcoholism. They're in front of the issue and tackling it daily. The problem isn't denial, it's Sherry's absurd claim that Jesus Christ is the best or only solution to the problem.

The bigger problem, of course, is the racist assertion that only Native people are drunks. Read the tract, because that's what it portrays. If there's a more picture-perfect example of racism, it's hard to imagine what it might be.

Another problem that people may not pick up on is the idea of "persuading" Natives to convert using a wordless comic strip. What does that say about Chick's opinion of Indians? That they're illiterates or children who literally need a picture drawn for them?

Related to this is the way he draws Indians: wearing vests and jeans or dresses, with hats and shaved heads or braids. Nothing wrong with this look, but most Natives don't dress that way. Senator Ben Nighthorse Campbell, astronaut John Herrington, actor Graham Greene, and golfer Notah Begay are a few who might not fit this stereotypical image.

The point is that Chick doesn't show any Indians dressed as lawyers, doctors, or engineers. The implication is that they're less educated and need more help than the average person. That they need a wordless comic strip, in particular.

One Indian's opinion
Here are some exchanges on "The True Path." First, an exchange with a non-Christian Indian:

>> This is well beyond just a stereotype. This is hate. <<

>> Rob, you are gonna have trouble reducing this mess down to WHICH stereotype you want to nail. <<

Many of the entries have multiple stereotypes—the Mardi Gras Indians, for example. And I try to list them only when they aren't self-evident. Sometimes they are self-evident and speak for themselves.

>> This gleaming demon who is pictured as what I assume is the Jewish-Christian god is not a father in any sense of the Lakota/Sioux way. No father condemns their child to eternal suffering. <<

Right. A key difference between Native and Christian religion is the latter's judgmental nature.

>> That condemnation is the philosophy of a psycotic who has no empathy or sense of the vulnerability or humanity of those who are helpless under their care. <<

In other words, Chick is a typical Christian fundamentalist.

>> What is not so obvious here is that the "saved" clean ones have no real choices and consequently know they also have no real pesonal responsibility or accountability. They are on the "right" path, which they have been coraled into taking. It is set for them already. They are cattle down a chute. <<

Good point. Yes, the tract leaves unstated how the Indians happened to be passing by "The True Path." Why weren't they at work, in school, or at a powwow enjoying themselves? The tract sets up a false dichotomy when actually there are infinitely many paths to choose from.

>> I could make just a couple of small changes in script and text would show an exact depiction of: The Trail of Tears & any of the Ethnic Purges of the Indians from white controlled lands. <<

Yes, well, as I've said on my site many times, the Euro-American mentality is basically a Christian mentality. Pope John Paul II is still telling us Christ is the only path to salvation. If he were intellectually honest, he'd tell us the corollary—that he considers all other religions inferior or wrong.

>> All these subjects include a scene which is predetermined misery induced by a contolling power who multiplies that misery to any who do not go down the correct "chute". Like the cartoon the "chute" is front loaded to look clean and nice. Very much like a military enlistment poster. <<

Many Christians consider themselves part of "God's Army." Their mission is to recruit more people until everyone is a Christian soldier.

Anyway, you don't have to convince me. I agree this Jack Chick fella is one irrational, prejudiced, and sick person. Maybe you want to send him an e-mail and let him know your feelings. I'm sure he'd be glad to hear from you. <g>

One Christian's opinion
Next, an exchange with a non-Indian Christian:

>> The theology behind the tract is basically standard Christian fare. <<

>> I don't understand the point of the Native American imagery (were these things supposed to be distributed on the reservations?), but it could have been done with any culture. <<

Either distributed on reservations or elsewhere, with Indians as a prime example of "heathens" who can benefit from Christ. But no, I think they're meant for Indians. See above for an explanation from a Chick, er, chick.

>> it could have been done with any culture. <<

Yes, but Indians are a good choice for Chick. They succeeded so long without Christ that it must've tempted him to portray them needing Christ. Their lengthy existence is a rebuke to the dominant Euro-Christian mentality.

How about loosely speaking?

>> That is not to say Chick is necessarily the most effective evangelist out there, though. <<

That's putting it mildly. This tract is more likely to convince Christians to quit than Indians to join. Oops.

What to do about "The True Path"? I suggest people fill Sherry's inbox with protests. Since she's probably a flunky, not "the main person," see "Jack Chick Sucks" for more e-mail addresses for protests. Keep these racists busy handling messages so they won't have as much time to spew hate-filled propaganda.

Help sought from Jack Chick
Another response—from a correspondent with a Christian and Native background:

Comment:  Needless to say, there's been no response (yet). Perhaps the organization is swamped with requests for its fine literature.

For more on Jack Chick, read Christ Comics. The writer hypothesizes that Jack Chick may not exist—and that Sherry, or whoever the customer service person is, is really in charge.

For God and country
If you think the Jack Chick tract is an aberration, think again. Here's a delightful exchange with a true believer, showing how Christians spread Christ's message of love, compassion, and charity:

Rob's reply
Goodness gracious, June, what gracious goodness. Indeed. I'm sure the Indians are happy that people like you tried to fulfill God's mandate by exterminating them.

Yes, you're a typical American in many ways: ignorant, bigoted, and hypocritical. It's fascinating to see how a perfectly innocent request impels you to spew racist venom. Good thing Ms. Dross didn't say something controversial, like "Christians are the biggest genocidal maniacs in history."

I've disputed and disproved views like yours so many times that it's not worth writing a lengthy essay. Go to Native vs. Non-Native Americans:  A Summary for, well, a summary. Some quick notes will have to suffice:

If peanut butter, microwaves, and big boat motors are your idea of culture, you may be beyond help. Even so, your silly song is misleading. Indigenous people crossed the ocean many times in boats without big motors, millennia before Columbus bumbled into America on his way to Asia. In contrast, the "brave" Greek sailors were shore-huggers who barely cleared the Straits of Gibraltar.

As one website notes, "There are many claims about the origin of peanut butter. Africans ground peanuts into stews as early as the 15th century. The Chinese have crushed peanuts into creamy sauces for centuries." If Indians didn't invent it, apparently Euro-Christians didn't either. 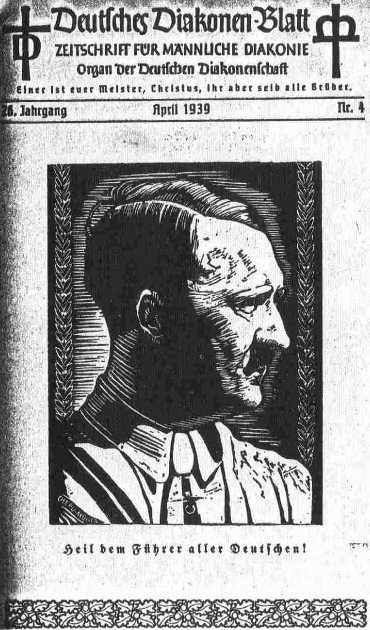 Read Indian Givers by Jack Weatherford before you bray about how the Indians gave us nothing. For starters, something like half our fruits and vegetables were introduced by Indians. And if "all the things we have are better," that presumably includes nuclear bombs, species extinctions, deforestation, and ozone holes. Not to mention homeless people, child abusers, serial killers, and mass suicides. All are products of modern "civilization."

As for what Christians can claim credit for...the Crusades, the Inquisition, and the Holocaust. 'Nuff said on that point.

I believe South America has the greatest percent of Christians per capita—nearly 100%. Are you claiming we should all be grateful for the example of Colombia (Christian drug cartels)? Or Argentina and Chile (Christian death squads)? Or Brazil (Christian rain forest destruction)? Or what, exactly?

Hopi tribe, approx. 800 years in one location. Other tribes, 400-600 or more years of continuous history. United States of America, 225 years. 'Nuff said on that point.

For some examples of America's debt to Indians, see Fun 4th of July Facts.

As an early practitioner of ethnic cleansing, William Bradford is hardly someone to quote with admiration. Go to Savage Indians and make sure you really want to claim him and his ilk as your own. As for Pocahontas, she put on beautiful clothes, was baptized, got married, went to England, and died. So much for the wonders of civilization.

You may want to decide whether you admire Andrew Jackson, John Sevier, or Davy Crockett, since they were hardly a mutual admiration society. Some quotes on what they and other Americans thought may be instructive:

So do you admire Jackson for his racism against blacks or his genocide against Indians? And which of his qualities makes him a good Christian? His lack of education, his base and ignoble behavior, his disregard for the rule of law, or all three?

If you want to tout Jackson as a model Christian, that's fine by me. Yes, he does seem like an early John Wayne or Hitler type, and we know what strong, self-righteous characters they were. Are there any other narrowminded, thuggish rule-breakers you want to nominate as the Christian ideal?

That's enough for now. Let's hope Ms. Griffin doesn't strain her brain trying to reconcile her opinions of Jackson, Sevier, and Crockett. Meanwhile, if someone would like to correct her other historical "facts," please e-mail me and I'll post the information.