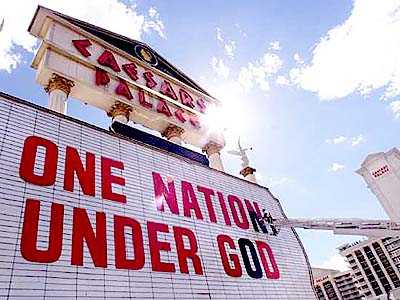 Hysteria over the Pledge
From the LA Times:

Readers respond
"Newdow does not like the Pledge because it is speech involving a religion he does not like."
"This pledge issue is about intolerance of monotheism."