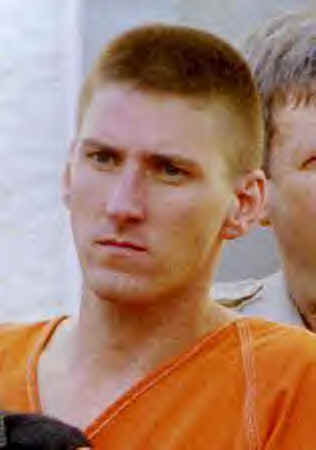 Rob's comment
Harjo did a nice job of demolishing Horowitz's ignorant rants. A few more nails in the coffin:

>> it's politically correct to call them Native Americans — except they don't consider themselves Americans. They think they have independent nations. <<

One, most Native Americans are indifferent to the term "Native Americans," preferring to be known by their particular tribes. Two, they tend to consider themselves the best and truest Americans, since they were here first and didn't lie, cheat, or steal to take over the continent. Three, they do have independent nations—or would, if the white, Christian, American government upheld the laws and treaties it wrote.

>> One of the worst things we did for the Indians was setting them up in independent nations on these reservations where they, you know, live in absolute squalor and alcoholism and what not. <<

Whether Native nations are truly independent now, they were independent before the US government "set them up" (i.e., locked them up) on reservations. The government tried to diminish their independence, not create it. Indians would've been happy not to have been forced into concentration camps—er, reservations. Their preferred option was to live free in the large regions granted them by legally-binding treaties—treaties the thieving Americans quickly broke.

>> There is no nation on earth — black, white, whatever it is — that wasn't built on a conquest. The tragedy of the American settlement is one of the less embarrassing tragedies, if I can put it that way, of the founding of nations. <<

Osama bin Laden will be glad to know Horowitz approves of conquest as a way to build nations. At most, Horowitz apparently finds Bin Laden's attempts at conquest "embarrassing."

>> A third of the Indians, for example, died of probably smallpox before the Pilgrims ever landed <<

Was Disease the "Big Killer"?

>> Were Indian treaties betrayed? Well, of course. This was an expanding civilization. <<

Apparently "expanding" is a synonym for "untrustworthy" or "immoral."

>> I hate to say this, but if you want to throw something in their face, you know, what have the Indians produced in the last 300 years but casinos? <<

Beyond Harjo's summary of accomplishments, what did Indians need to produce? It's a Western/American conceit that producing things gives life meaning.

A better question is what the Indians didn't produce. No Holocaust, no nuclear bombs, no World Wars, no global empires, no global warming, no polluted skies or oceans, no Chernobyls or Three Mile Islands, no human-created poverty or hunger, no homelessness, no AIDS....

>> "If you really care about Indian people," said Horowitz, "you will want to get them off the reservation and into the American economy...." <<

One, some 60-75% of Indians already are off the reservation. They live in places called "cities" and "suburbs" just like Americans like Horowitz. Two, it might be news to all the non-Indians in rural America—the farmers and so forth—that they're not part of the American economy.

Yes. Otherwise they'll grow up to be like Horowitz or George W. Bush. Look where their mangled syntax got them.

Actually, you can rest assured that all 560+ federally recognized tribes, and the unrecognized ones too, teach their children English. Horowitz's suggestion that they don't shows how ignorant he is of what he's talking about.

>> Uh, you know, people who want — you know, uh, Indian culture — it's nice in museums, it's probably nice, you know, around the campfire, but, uh, you know, it's not — in a computer age, it's not going to bring these people into a world where they can enjoy, uh, you know, the pleasures that, from the looks of you, most of the people in this room do enjoy. <<

Related links
This ain't no party:  a Columbus Day rant
The myth of Western superiority
Native vs. non-Native Americans:  a summary