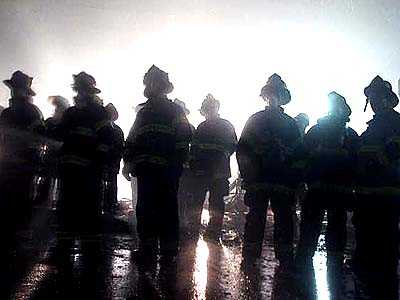 Government fights terrorism...
As Ronald Brownstein explains, government exists to serve the people in the best—not cheapest—way possible. From the LA Times, 9/19/01: 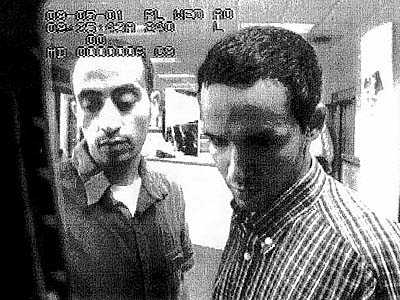 ...while free marketers embrace it
John Balzar explains that while the government swung into action to combat terrorists, save lives, and rebuild dreams, free-market capitalists swung into action for themselves. They colluded with the terrorists to wreak havoc to the American economy. From the LA Times, 9/19/01:

Others agree with Balzar

How much do you want to bet that if the war profiteers had known about the attacks in advance, they would've sold stock short as Osama bin Laden allegedly did? Ironically, while sending stocks plummeting and furthering America's distress, these "Americans" may have helped fund the next death-dealing terrorist scheme.

This is an example of how free-market libertarianism equals anarchy. Capitalists and their paid stooges (politicians) kept government leashed, thus ensuring we wouldn't have enough security or intelligence to stop the terrorism. The result: anarchy at the World Trade Center.

Rob's comments on capitalism
A few of my mini-critiques of conservative capitalism in this time of crisis:

More on our socialist airlines
More comments on the airlines that, like countless "believers" in free markets before them, have sought tax breaks, subsidies, and bailouts whevever things don't go well:

Other capitalists want handouts too
From the LA Times, 9/28/01:

Bush favors the handout approach
From the letters to the LA Times, 10/19/01:

United we stand, but sacrifice is for suckers
Some thoughts on getting big money out of democracy. Posted before 11/6/01:

The pork continues
With Republicans in charge of the White House and Congress, can we expect a smaller government, a slashing of bureaucracies, and an end to dependency-inducing giveaways? You've got to be kidding. That conservative/libertarians want these things is a myth created by their propaganda machines. What they really want is to transfer government benefits from the majority of lower- and middle-class people to the minority of the rich—themselves.