Working title
Something along the lines of "Native Heroes," "Native Super Heroes," or "Native Hero Adventures." (Tell us the title you like best, or suggest an alternative.)

Premise
A series of stories featuring modern-day Native heroes: ordinary people with extraordinary abilities. Each story will be set in the same "universe," so the characters in one story can interact with those in another. The series will start with a small group of protagonists that expands and evolves as the work progresses.

Goal
The goal is to create a mass-market "franchise" so we can publish Native stories that entertain and enlighten people.

Target audience
The work will appeal to a broad audience interested in genre-style adventure fiction. Comparable works might include Stephen King thrillers, Tony Hillerman mysteries, "Spider-Man" or "X-Files" novelizations, and Harry Potter books. The official target audience is perhaps young adults age 18-30, but we won't limit the appeal to this group.

In particular, the series should be suitable for use in high school classes and libraries. It should inspire young people, especially Native youngsters, to want to read. 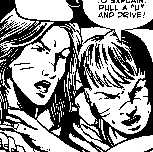 Content
The content will take a variety of forms. Escapist adventures featuring aliens, mutants, time travel, or the supernatural. Down-to-earth adventures with at most a touch of magical realism. Historical fiction, including myths and legends. Straight, modern-day fiction: mysteries, romances, coming-of-age stories, tragedies, comedies, etc. That includes serious subjects such as poverty, alcoholism, or suicide if done in the right way.

About the only restriction is that each story must follow the facts, conventions, and "rules" established previously. It must be linked to the other stories in some way. That can be accomplished by using an existing character in a minor role, or by wrapping the story in a framing device (for instance, an elder telling a legend to a child). Other than that, there will be few limits on the writers' creativity.

Style
The style should be mainstream, clear, and accessible, like that of a popular novel. Offbeat or experimental work is unlikely to succeed here.

The themes can be mature, but the language should be appropriate for young-adult fiction. The writing should be descriptive, such that it "paints a picture," but concise and direct. Florid, "artsy," or intentionally vague writing is what we don't want.

Format
Blue Corn Comics has published comic book-style sequential stories so far, but this series will mainly feature prose stories. Stories may be pure prose or illustrated prose at the editor's discretion. Writers won't be responsible for the illustrations, but should write "visually" as a rule. 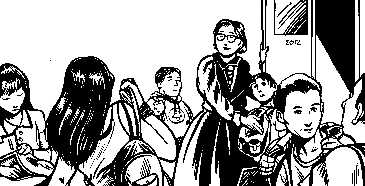 When illustrations are warranted (most of the time), the editor will match a writer with an artist or artists and choose the scenes to illustrate. Wherever possible, Native artists will be used to illustrate Native people, settings, and subjects.

Some stories may deserve the full comic-book treatment. This will depend on the subject matter and the availability of comic-book artists who'll work for royalties or affordable rates. The presumption is that most stories will be prose with illustrations.

Background
This project is an outgrowth of PEACE PARTY, the multicultural comic book featuring Native Americans. See BlueCornComics.com for more information. The stories will start with the characters and themes in PEACE PARTY but will broaden eventually to include all of Indian country.

Sample ideas
To show how flexible this format is, here are some story ideas that would work in it:

1) While a Native lawyer fights to get government compensation for a Navajo uranium worker, a strange creature (man? beast?) tries to disrupt the case. Our heroes stop this entity, who turns out to be the Navajo's mutated grandchild.

2) A pool of "dark energy" sends our heroes back in time to Wounded Knee, where they try to prevent the massacre from happening. They don't succeed but they manage to save one person, who turns out to be one of their ancestors.

3) Someone is stealing money from a New England Indian casino. Our heroes investigate the likely suspects and discover the culprit is someone paying off a gambling debt.

4) Our heroes talk to one of their relatives, a codetalker who served in WW II. He explains how he joined the Army and recounts one of his death-defying missions.

5) Someone on a poor reservation wins a million-dollar jackpot. The story explores how family and friends react to the sudden windfall.

6) An elder tells a troubled youth a legend relevant to the youth's situation. The youth applies the lessons he's learned to resolve his problems.

Writers' role
Writers who are accepted may participate in several ways. They can work on their original ideas. They can work on assigned stories based on ideas or plots from the editors. They can adapt existing works—their own or other writers'—to this format.

Normally, writers will present a plot summary of a proposed story so the editor can judge whether it will work. Once the writer and editor agree on the plot, the editor will authorize the writer to proceed with the story.

If a writer can't think of a good story but still wants to participate, the editor can supply a large set of ideas to choose from. The editor will commission the writer to complete a story based on a given premise, outline, or plot. The writer will get the credit and pay for the story as if he or she originated it.

Editor's role
Because the series is building a shared universe from the ground up, writers will collaborate closely with the editor. The editor will need to guide the writing to create the proper "mix" and "flow" of stories in each volume. Most important, the editor will have to supply the background information on the characters, settings, plots, and themes to ensure the stories remain consistent.

Writers should expect some rewriting or editing as a matter of course. In some cases, the editor may need to revise a story substantially to make it work in the Blue Corn Comics format. In general, the collaborative process should make the writers' work stronger and better. But writers can withdraw their stories if they feel the suggested changes are unacceptable.

Advisors' role
An advisory board will review all stories before they're published to ensure they're authentic and true to Native cultures and don't have obvious mistakes or stereotypes. Care will be taken to avoid writing about sensitive subjects, especially those Natives consider sacred, private, or off-limits. 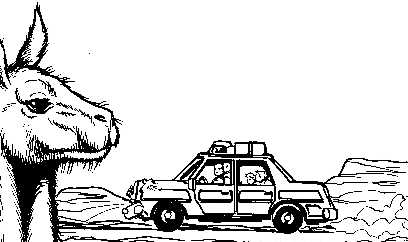 If a writer supplies a plot summary or rough draft of a story, but is unable to complete it to the editor's satisfaction, Blue Corn Comics may buy the story idea but assign it to another writer. In this case, Blue Corn Comics will pay a "kill fee" of 25% of the story's final cost to the originator.

Rights
Blue Corn Comics will buy all rights to a story. The characters and other creations will become the sole property of Blue Corn Comics. Credit will be given to the original creators in future stories.

Blue Corn Comics also may publish creator-owned properties that fall outside the company's "universe." This probably won't be possible until Blue Corn Comics has published several volumes already and this venture is deemed successful. Contact the publisher to discuss any ideas or proposals you may have.

Publication
Initially, completed stories will be posted on the Blue Corn Comics website, perhaps with password protection. As resources become available, Blue Corn Comics will collect and publish the stories in a series of trade paperback volumes.

How to submit
You can refer us to URLs on the Web, send text in the body of an e-mail, attach an MS Word document, or mail hard copies to:

In any case, send no more than five pages of compelling fiction to the editor for review. The editor will ask for more samples if they're needed.

For more ruminations on what we're looking for in writers (and artists), click here. Contact Rob Schmidt if you have further questions.

Related links
Artists' guidelines
Board of Advisors
How you can help