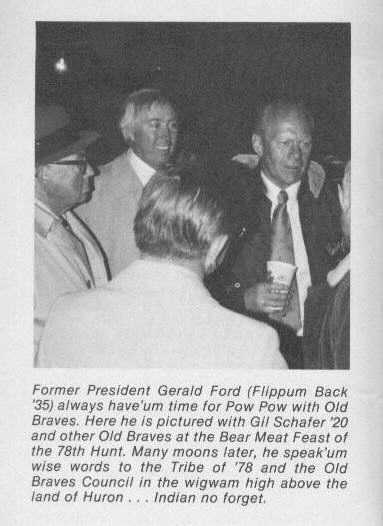 The picture to the right is an excellent example of "Tonto talk"—the kind of semi-literate English spoken by Tonto and other Indians in old radio and TV shows. As with other stereotypes, this speech was meant to convey that Indians were less intelligent and civilized than the rest of us.

Readers respond
"And yet there were Native people who spoke almost dead-on to what is called stereotypical when writerfella was growing up in the late '40s and early '50s."