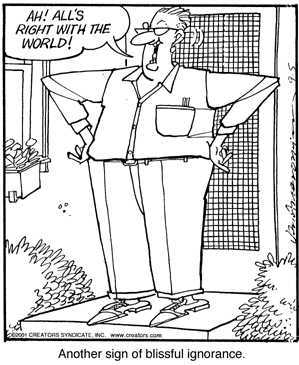 Another response to Terrorism:  "Good" vs. "Evil":

Rob's reply
Someone sent me this version of Sinclair's editorial. For starters, I suggest readers follow the link to the original. You'll see this version is somewhat edited and slightly garbled. The original is less persuasive and more whiny. Clearly, someone has "punched it up" to make it more effective.

>> Germany, Japan and, to a lesser extent, Britain and Italy were lifted out of the debris of war by the Americans who poured in billions of dollars and forgave other billions in debts. <<

That was more than 55 years ago, or before most Americans today were alive. It was commanded by Democrat Harry S. Truman.

What have Republicans like Ronald Reagan and George W. Bush done in the last 20 years when they were in power? Spent huge sums on helping poor people around the world? Guess again.

Anytime "President" Bush would like to propose a new Marshall-type plan to stop global warming, alleviate AIDS, or rebuild Russia, he's welcome to do so. Until then, Sinclair hasn't come up with a better example than one almost three generations old. That's a testament to how much we haven't done with our wealth, not how much we have done.

>> I'd like to see just one of those countries that is gloating over the erosion of the United States dollar build its own airplane. <<

Are people gloating over the erosion of the US dollar? If they are, it's minor compared to all the other things they're gloating or complaining over. Far from being a timely repeat, this '73 column seems woefully out of date.

>> Does any other country in the world have a plane to equal the Boeing Jumbo Jet, the Lockheed Tri-Star, or the Douglas DC10? <<

And so what if we did develop more advanced airplanes? Do jets help any hungry or sick people? Confusing technological progress with human decency is a mistake far too many commentators make.

>> This spring, 59 American communities were flattened by tornadoes.

I wouldn't expect the world's poor countries to help the richest country too often. When Bill Gates stubs his toe or gets a flat tire, he doesn't need much help either.

One, it's too expensive. Only the US has exploited enough people, places, and things to amass the necessary wealth.

Two, I think the USSR considered it. When they realized they couldn't beat us, they dropped out of the race.

>> You talk about Japanese technocracy, and you get radios. <<

>> You talk about scandals, and the Americans put theirs right in the store window for everybody to look at. <<

Our allies cover their scandals as openly as we cover ours, if not more so. The British press is noted for its pursuit of scandal.

>> Even their draft-dodgers are not pursued and hounded. <<

They were hounded out of the country originally. Should we be proud that we forced them to leave the country but didn't invade Canada to arrest them?

>> Can you name me even one time when someone else raced to the Americans in trouble? <<

Yes. The 9/11 terrorist attacks on America.

>> I don't think there was outside help even during the San Francisco earthquake. <<

Help would've taken three or more months to arrive in those days. Such help wouldn't have solved any immediate problems.

I read it. It has several false or misleading passages. It's time to update or toss this old chestnut.

Speaking of which....
Finally, a response to the Sinclair piece? The following was written 8/2/02:

Follow the link to read the whole McDougall letter. It blows the Sinclair piece away in terms of what America is doing today.