In general, economists will tell you that free-market capitalism is the best economic system. This is more a statement of faith—a philosophical or religious dogma—than a matter of fact. It's an ideology.

In fact, what they mean is, they favor the present US system, which is decidedly not free. Rather, it's a mix of free markets and necessary government regulation, which keeps the excesses, manipulations, and crimes partly in check. A truly free system would never work; it would be a Darwinian nightmare where the rich consumed the poor.

Our semi-regulated system has been the most successful in world history—yet they complain because it hasn't been free enough. That's the mark of a religious fanatic or ideological zealot. He takes it on faith that "free" markets are best, regardless of the evidence.

What happens when free markets get too free? The slave trade, the Western land rush (i.e., the genocide against Indians), the buffalo's near-extinction, frequent recessions and depressions (in the second half of the 19th century), oil monopolies, the Great Depression, DDT in bald eagles, thalidomide in babies, asbestos in homes, savings-and-loan failures, the dot-bomb crash, Enron-style accounting scandals, etc. One could write books, if not an encyclopedia, on the subject.

Our God-given right to take whatever we want
The environment gives us all the raw materials we have: fresh air, clean water, underground minerals, fertile fields, herds of animals. The capitalist faith begins with the exploitation of these resources and the people who own them. That suggests why indigenous cultures around the world are fighting the forces of multinational corporations—of globalization.

When capitalists exploit a resource, do they pay a fair-market value for it? Not if they can help it. As Tony Castanha explains in Delegation Fighting to Revoke Papal Bull "Inter Caetera" of 1493, 9/29/00, capitalists believe they have a God-given right to exploit whatever and whoever they want:

This God-given "divine right" is a bastardization of Christian belief, if not the negation of it. Mohandas Gandhi understood this. As Dr. Gerry Lower explains in Gandhi's Seven Root Causes:  An East-West Dialectic Synthesis:

Capitalism:  history's biggest pyramid scheme?
As long as Nature's resources hold out, capitalists can convince themselves their economic system is perfect. If you use up a resource (e.g., buffalo herds, Dust Bowl farms), just move on and replace it. But what happens when that's no longer possible? An article in the Guardian explains: 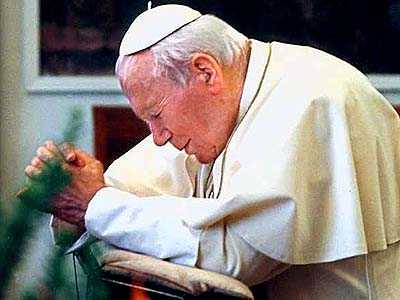 Greed makes the world go 'round
What happens when capitalists lie, cheat, and steal to beat the competition? Nothing, unless they're caught, since capitalism is a greedy, amoral system. But lately we've caught a few capitalists breaking the rules established to keep their greed in check.

Free-market gurus blame everyone but themselves
Free-market faith healers refuse to acknowledge capitalism's systemic flaws. To them there's no such thing as a market failure. It must be someone's fault because a God-given system ("go forth and multiply") can't fail.