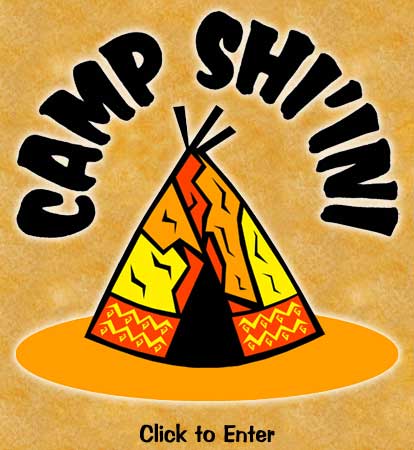 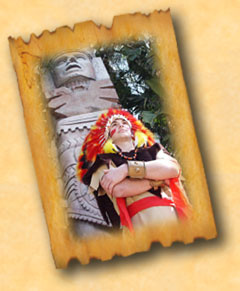 Rob's comment
Camp Shi'ini divides its children into nine "tribes," but they all participate in similar activities: horseback riding, archery, fishing, canoeing, etc. But did the Eskimo ride horses or shoot arrows? Did the Navajo or the Apache paddle canoes? Did the Comanche or the Blackfeet fish?

The camp promotes the idea that all Indians were the same. In particular, that they all fit the stereotypical Plains Indian model, with its feathered bonnets, war paint, horseback riding, and archery. Seven of the nine "tribes" aren't Plains Indians, but undoubtedly kids won't learn much about their diverse cultures. They probably won't learn anything about Indian cultures that don't fit the Plains model.

P.S. Charlie Sitting Bull isn't necessarily a good representative of healthy Native spirituality. See this blog about him (accessible by invitation only) for details.