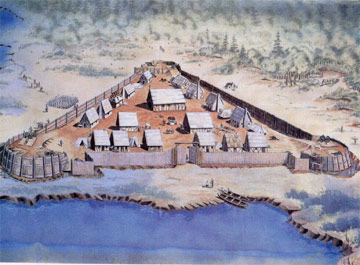 Truth, not truthiness
Some articles on Jamestown that address Phillips's claims:

Rob's reply
Phillips's wrongest and most stereotypical claim is this:

This is pretty ironic considering the Jamestown colonists are documented cannibals and their brethren in Salem stoned and burned witches.

See Indians as Cannibals and Scalping, Torture, and Mutilation by Indians for a refutation of these charges.

So Phillips thinks most Indians were warmongers, torturers, and cannibals? This makes him a racist.

As for the Bible, Phillips thinks we should be glad the colonists brought it to America? Even though it excused and justified slavery, conquest, and Manifest Destiny? Even though it was a source document for the genocide of the continent's inhabitants? With a holy book like that, who needs unholy books?