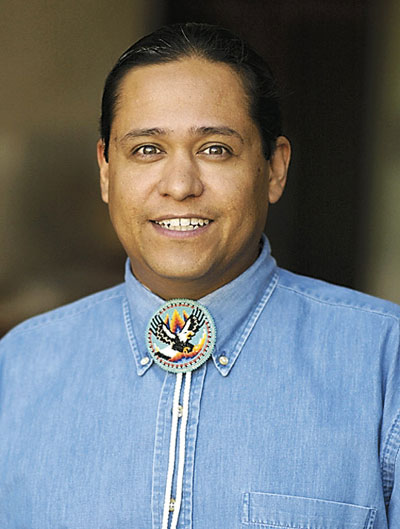 Rob's reply
>> But what would Columbus think today, if he were to encounter the modern, casino Indian? <<

What would Columbus think if he were to encounter Yeagley? Would he gasp in surprise at meeting another white man in the supposedly "empty" wilderness?

>> What would he think of the tribes and leaders who enrich themselves by the white man's vice, and neglect their own people? <<

He spends half this essay talking about the Pequots, but offers no evidence that they're neglecting their own people. News flash: The existence of problems doesn't prove neglect. If it did, we could say everyone in the world is neglecting people, making it unfair to single out the Pequots.

He spends the other half talking about tribal enrollment issues in a whole two of California's 107 tribes. News flash: Tribes disenroll members precisely to protect the welfare of their remaining members. It doesn't matter what the reasons for disenrolling members are. Tribes are doing it for their members' benefit.

In other words, a tribe can't "neglect" the majority by acting against a minority. It's not logically possible, because the majority necessarily does what the majority wants. If Yeagley weren't an irrational savage, he might understand this.

>> Suppose he first encountered the Mashantucket-Pequot club, and their Foxwoods casino. <<

>> The first thing he would notice is that they aren't Indian, but black. <<

This is pretty funny coming from a "Comanche" who looks like a plain-vanilla white man.

Apparently Yeagley hasn't heard of the Black Seminoles, a group of people descended from Indians and the runaway slaves they married. Apparently Yeagley doesn't know that many Indians, including himself, are of mixed ancestry. This is especially true east of the Mississippi, since the Native people there have been intermarrying with Euro-Americans much longer.

>> But Columbus would have also seen in the fake "Indians" an economy based solely on the vice of "foreigners," hardly the mark of transcendent spirituality. <<

"The vice of foreigners"? Apparently Yeagley doesn't know that gambling is deeply rooted in many Indian cultures. That's precisely why many tribes took up bingo long before anyone thought gambling was the road to riches.

>> Columbus would have noted the extreme avarice and discontent among the club members themselves. He would have seen terrible physical and sexual abuse among family members; "safe houses" for children escaping the ravages of their parents' addictions to alcohol and illegal drugs; violence and shootings among members and a high crime rate <<

Is Yeagley seriously arguing that gaming has caused alcoholism, abuse, violence, and crime among Indians? News flash: The idea of Indians drunk on "firewater" is several hundred years old. Casinos haven't caused Indians to become alcoholics; they've undoubtedly given many, many Indians motivation to give up alcohol.

The same is true of all the other vices Yeagley lists. Note how Yeagley footnotes some of his assertions—probably because his past essays have been so slipshod—but not this group. That's because the notion that gaming has caused rather than cured poverty and its related problems is asinine. There's not a shred of evidence for it.

As he's done before, Yeagley seems to be arguing that Indians should give up gaming and embrace their poverty. Perhaps because he considers being poor more "spiritually pure," or something equally ridiculous. I assume Yeagley isn't poor, but I guess he thinks "real" Indians are the ones who continue to live in teepees and subsist on buffaloes.

What about the tribes who have just recently decided to try gaming—the Navajo being a prime example? Did they lose their spirituality the minute the polls closed? When the votes were tallied and the results announced? Or will they remain spiritual until they actually open a casino and receive their first dollar from gaming? 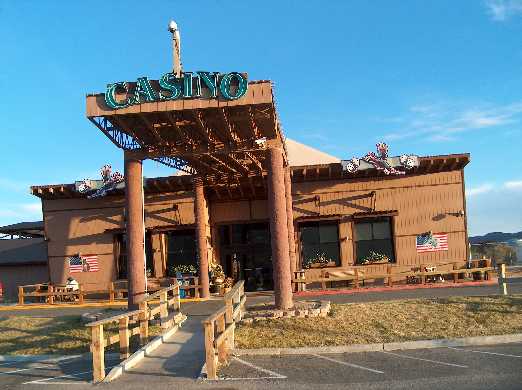 Can Indians be spiritual with money?
Do only gaming dollars have this corrupting influence? What about income from other commercial enterprises? If an Indian got rich playing the stock market, would he necessarily lose his spirituality? How much can an Indian earn before he begins forfeiting this spirituality, anyway?

Is it clear yet how whacked-out Yeagley's "reasoning" is? If he isn't a raving hypocrite, I trust he'll give away his accumulated wealth and join his fellow Indians in poverty. Because that follows directly from his suppositions: that spirituality is good and wealth is bad.

Incidentally, a quick Google search reveals at least three Comanche casinos in Oklahoma: the Comanche Red River Casino in Devol, the Comanche Nation Games in Lawton, and the Comanche Spur in Elgin. This must explain why Yeagley is so savage, irrational, and antagonistic. His own people conduct gaming and it's corrupted him. It's literally addled his brain, turning him into someone who lashes out with a pen.

Sorry if I've offended any real Comanches out there. I'm just demonstrating the stupidity of Yeagley's logic: that any tribe that conducts gaming isn't real. Here's what we can (wrongly) conclude from Yeagley:

>> He would hear, even from the inventors of the club, that it wasn't an Indian tribe at all, and possessed no traditions, religion, or community. It was only a business club. (Fromson, p. 211, f.) <<

In his many writings, Fromson has proved he's biased against Indian gaming. I haven't read his book, but if he documented the claim above with only one footnote, it can't be that strong.

>> If he met only one of the 107 small bands of Indian people scattered all over California, he would find nothing but litigation and "civil war" over tribal membership! <<

If he met an atypical band, perhaps. Is Yeagley seriously claiming that every California tribe is involved in litigation and civil war over its membership?

I'd guess that only a small minority of the 107 are engaged in any notable litigation. And "civil war"?! Only a handful of tribes is involved in anything resembling a major membership conflict. No tribe in California is undergoing an actual civil war—a conflict dividing the tribe in half—or anything close to it.

Every time Yeagley makes one of his idiotic claims, I tell myself he can't top himself, but he always does.

>> By reason of the same plague that exists on the Atlantic coast: gold fever. Members are fighting over the gold. <<

The majority of Indian casinos aren't located on either coast. Did all the tribes conducting gaming in the heartland find some vaccination against "gold fever"? How about if they share this miracle drug?

Yeagley's premise here—that gaming corrupts tribes on either coast but nowhere else—is about as stupid as it gets. Needless to say, there's no evidence of this fantastic claim. The Comanches and every other gaming tribe in the heartland have same problems as gaming tribes on the coast. As it does everywhere, among Indians and non-Indians alike, newfound wealth increases materialism and decreases spirituality even as it alleviates poverty.

>> An old, established clan of 174 people was ousted in 1999. According to Chuck Schillings, one of those ousted, it's all over envy, grudges, feuds, and greed. <<

Note that greed is the fourth and last reason Yeagley gives for the disenrollment conflict. So where's the evidence that gaming is the primary cause of this conflict? If Yeagley can prove that the envy, grudges, and feuds didn't exist before gaming corrupted the tribe, let's see him do it.

In fact, the Chukchansis opened their Chukchansi Gold Resort and Casino in 2003. But the established clan was ousted in 1999, four years before the casino began generating wealth. So where exactly is the connection? Only in Yeagley's gaming-addled mind, apparently.

>> If he met Greg Sarris, he would have met the first undocumented "Indian" leader, who had to advertise in the papers to get members for his newly invented Federated Indians of the Graton Rancheria. << 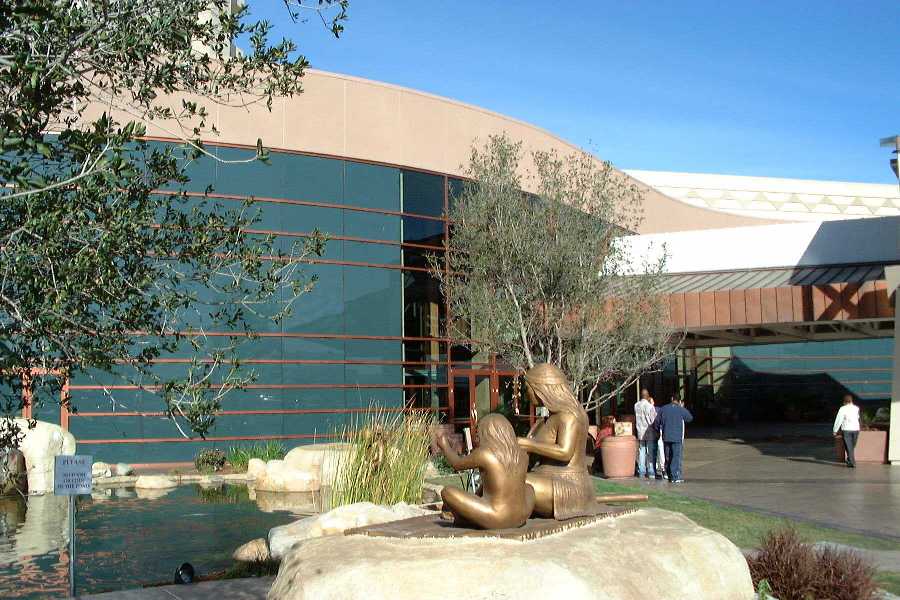 Who's the real Indian?
A lot of Indians don't have proper "documentation"—perhaps including Yeagley. A lot of Indians left their reservations and rancherias when these places offered no jobs or hope. These facts don't tell us much about this particular tribe.

For the actual story on Graton Rancheria, see Golab:  "Sovereignty Is a Concept...That No Longer Works."

>> If Columbus met the Pechengo Band of Luiseno, he'd see a group of Indians appealing to foreign law to protect them from the abuses of "Indian sovereignty" by their own leaders. <<

It's Pechanga, not "Pechengo." This mistake alone is enough to invalidate Yeagley's opinion. He knows nothing about the Pechanga from firsthand experience, and he can't even copy their name correctly from whatever article he read.

Nowhere, obviously, since Yeagley offers no documentation. Given how he tries to document his claims whenever he can, you can be sure he concocted this claim from some news report that fit his anti-Indian agenda.

Note Yeagley's guilt-by-association tactics. Because he writes about the Pequots and Pechangas in the same essay, he wants you to think they have the same problems—all caused by gaming.

But an enrollment controversy doesn't say much about a tribe's spirituality. It doesn't say anything about its legitimacy as a tribe...whether it has alcoholism, abuse, and crime problems...or whether gaming has benefited it and alleviated those problems.

It may be instructive to compare the photos at the top of this page. There you see Columbus, Yeagley, and Mark Macarro, chairman of the Pechangas and spokesman for California's pro-gaming propositions. Which person looks most like a genuine Indian to you?

One could argue that Columbus looks more like an Indian than Yeagley does. And what about Yeagley's other indicators of authenticity? Macarro is fluent in Pechanga. Is Yeagley fluent in Comanche? From what I've seen, Macarro is at least somewhat spiritually-minded. What are Yeagley's spiritual beliefs and practices, if any?

"We want war," Yeagley shouted after 9/11. Is that his idea of being a spiritual Indian? Or is he a blatant hypocrite, as I've surmised several times?

In short, what makes Yeagley so authentic, so holier-than-thou, that he's ready and willing to cast the first stone? Nothing, as far as I can tell.

>> He would not find that the Indians "loved their neighbors as themselves," or that they "could easily be made Christians. <<

Yeagley hasn't shown that the "love thy neighbor" philosophy is present in Midwestern gaming tribes, not to mention nongaming tribes. He hasn't shown that Connecticut's or California's tribes have any problems that aren't commonplace elsewhere. Even more than usual, Yeagley's argument has failed from the get-go. Throw this column in the garbage where it belongs.