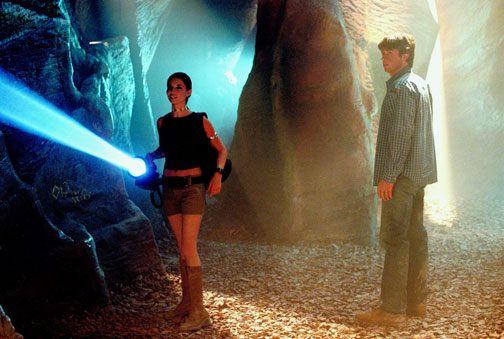 For the third time in a row, skinwalkers are in the news. First there was the Skinwalkers PBS movie, then the SKINWALKER comic book, and now an episode of Smallville titled "Skinwalkers."

The WB TV show Smallville relates the adventures of Clark Kent (Superman) when he was a teen. The 11/26 episode featured a Native storyline. A grandfather protested construction on a sacred site, his granddaughter discovered underground paintings of a visitor from the sky, and a human in wolf form (guess who?) terrorized the developers.

The good: Seeing a Native theme on mainstream television is still a rare treat. The sacred-site topic has been done often but is still worth exploring. Joseph Willowbrook (Gordon Tootoosis) and Kyla (Tamara Feldman) didn't have stereotypical names, speech patterns, or holier-than-thou attitudes. 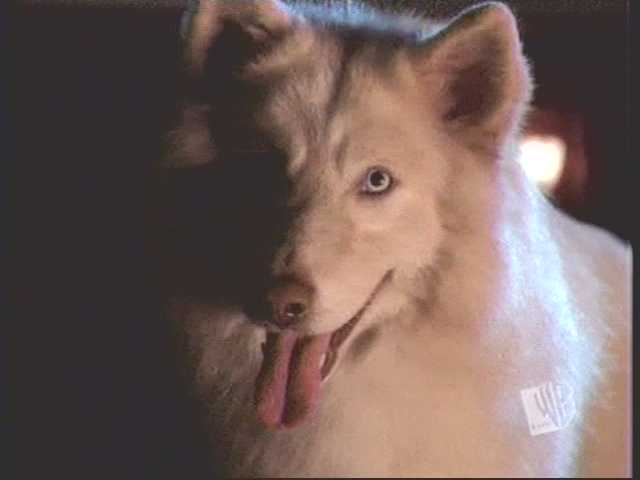 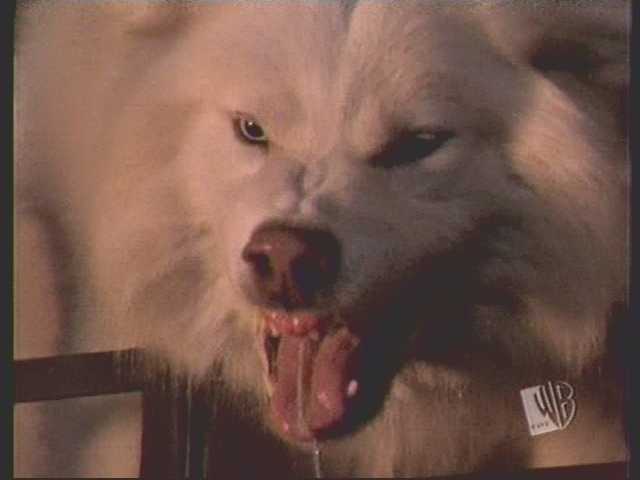 The bad: Kyla was an exotic princess type a la Pocahontas. When she wasn't imitating Lara Croft, she dressed in Indian chic: leather accessories and silver turquoise jewelry. The whole grandfather/grandchild relationship was a cliché. (Whatever happened to middle-aged Indians?) Radioactive green meteorites supposedly changed the Indians into shapeshifters centuries ago, but Superman's planet Krypton, the source of the meteorites, exploded only a decade ago. The idea of someone's turning into a white wolf, complete with muted colors showing the animal's point of view, was a direct steal from last season's Wolf Lake.

The ugly: There's no such tribe as the Kawatche ("skinwalkers") in Kansas. But there is the Kansa or Kaw tribe, whose name means "wind people." So Smallville replaced the noble-sounding people of the wind with the nasty-sounding skinwalkers.

That a Midwest tribe would call itself skinwalkers—after the evil Navajo spirits found in the Southwest—strains credulity. Many Natives consider them taboo and won't even mention them, much less adopt their name. But Smallville showed no awareness that skinwalkers are considered unholy figures.

Among the questions the name raises: What were the tribe's name and origin myth before the meteors fell? Wouldn't the new name and increased wolf activity suggest something to the tribe's neighbors? What would the government BIA agents or the hordes of anthropologists think of a tribe's declaring itself to be skinwalkers? Would the tribe really want to advertise that it had gained supernatural powers? 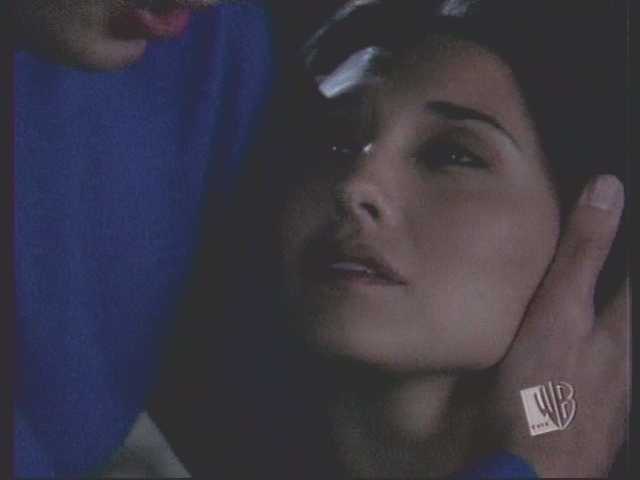 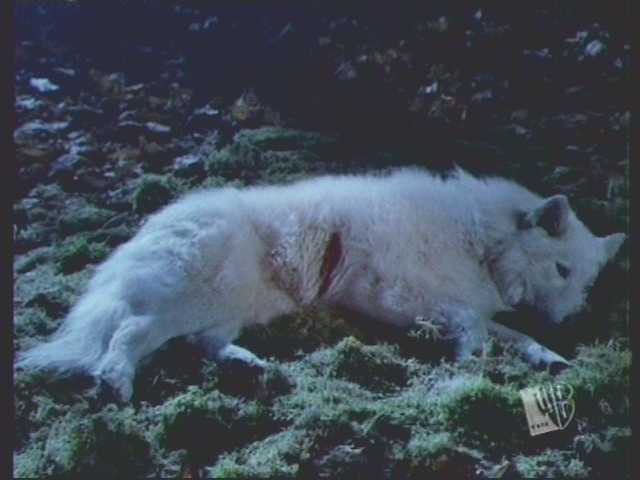 When you think about it, this scenario makes about as much sense as tribal members getting bitten by radioactive bats and renaming themselves the Vampires. How smart would that be for an already persecuted people? It seems like another white-man conceit: that all Indian cultures are based on magic.

To script and fiction writers, I suggest giving the skinwalker concept a rest. Creators have used it so much it's becoming another cliché. Find a fresh Indian legend to exploit—I mean use. 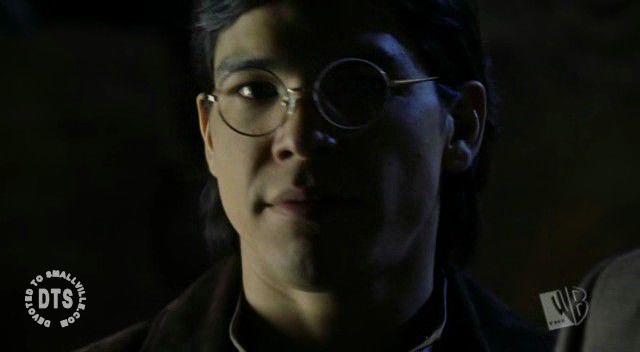 Another Indian episode
On May 5, 2004, Smallville aired an episode titled "Talisman." It continued the Native thread begun in the previous season's "Skinwalkers" (ICI #90). The official synopsis and my comments:

The good: The Willowbrook character (Gordon Tootoosis) returns to give the show continuity. He's described as a professor this time and acts like one, not like an angry protester or wise grandfather. He describes Jeremiah (Arcand), his glasses-wearing protégé, as a graduate student and future tribal leader.

Later he tells Jeremiah that Jeremiah is misinterpreting the legend of Naman. It's nice to see some doctrinal disagreement between Indians, since most legends are presented as holy writ.

The bad: Jeremiah eventually turns into a raving madman who takes Lionel Luther to the Kawatches' "sacred burial ground." Does anyone in Hollywood realize burial grounds are equivalent to cemeteries, not portals to nether dimensions? Indians consider these places hallowed—just as non-Indians do—because, well, their relatives are buried there. But Indians don't conduct ceremonies there to raise dark forces or the dead. 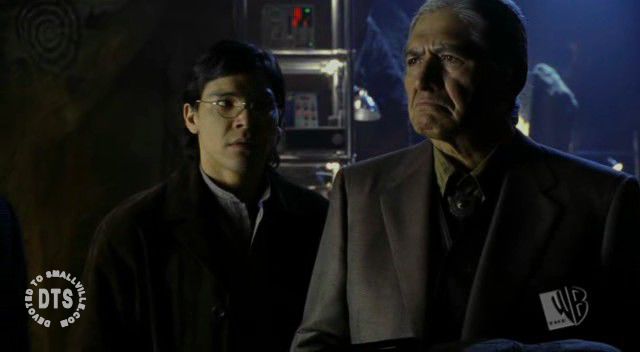 The ugly: Jeremiah ties Luther to a circular altar, paints a symbol on him, and tries to skewer him with the knife. Everything suggests Jeremiah is doing some sort of "Satanic" Indian ritual. Because he's fulfilling a sacred Kawatche legend on sacred Kawatche land, this seems to be part of Kawatche culture. The implication is that sacrificing people is what Indians traditionally do.

Actually, religious sacrifice was uncommon in the Americas. The Aztecs may have done it, but most tribes didn't even sacrifice animals, much less people. Showing Indians performing such rites, especially on burial grounds, is false as well as stereotypical.

The Native connection explained
A viewer tries to explain "Smallville's" Native subplot. From the KryptonSite.com forums:

Rob's reply
A nice try, but insufficient. The Kawatche didn't just get legends from an alien source, they got super-powers. The source wasn't a person, it was green rocks. As far as we know, kryptonite exists only because the planet Krypton blew up.

You'd have to get into time warps to make this explanation work. The meteorites and some alien artifacts fell through a wormhole and landed in the past, where they transformed the Kawatche and inspired the Naman legend. Or something like that.

Note to the producers: Please decide whether it's "Kawatche" or "Kiwatche" and "Naman" or "Numan." The inconsistencies are driving me crazy.