Publisher to Speak on Indians and Comics
Schmidt Will Reveal Biases, Stereotypes
(7/3/00) 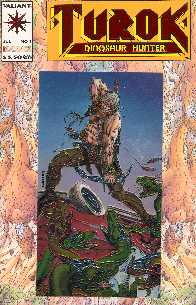 Rob Schmidt, Publisher, Blue Corn Comics, will speak at the Comic Arts Conference in San Diego on Friday, July 21, at 10:30 am. The conference, part of the annual Comic-Con International, presents in-depth explorations of comic book issues. Schmidt's topic will be Culture and Comics Need Multicultural Perspective."

Schmidt promises a hard-hitting talk sure to upset some listeners. "I'll discuss how today's mainstream comics showcase America's John-Wayne mentality," Schmidt says, "how they lack the rich perspective of Native Americans and other minorities. And how they're losing business because of it."

Schmidt has explored these topics before, in print and online. The results have been controversial. "People will look desperately for faux minority characters—e.g., Daredevil as a disabled superhero—or try to equate Hercules, the Lone Ranger, and Superman with the Coyote trickster," says Schmidt. "They're unwilling to admit most superheroes are WASPs and most are hit-now, ask-questions-later vigilantes."

"Since the audience will be mostly European in background," Schmidt adds, primarily in jest, "I hope they don't tar and feather me." For more information, call (619) 544-9555 or visit http://www.comic-con.org online.

Stereotypes explained
Schmidt is also scheduled to lead a workshop at the American Indian Cultural Expo in Los Angeles on Sunday, August 20. This Expo, a new event, will be part of the Fourth Annual Unity Powwow at the annual African Marketplace in Rancho Cienega Park. It will explore American Indian history, genealogy, and literature as well as contemporary issues.

Schmidt's topic will be "Teepees and Tonto:  Recognizing Native American Stereotypes." He'll go beyond the obvious mistakes—the Chief Wahoos and Indians in feather bonnets—to explore the subtle and insidious ways Americans stereotype minorities. The workshop should be entertaining and instructive.

As examples, says Schmidt, "consider how Native American superheroes, even if they're culturally accurate, are usually aggressive warriors. Or how Indians find themselves associated with 'wild and free' products such as Jeep Cherokees and Indian Motorcycles. Or how children's toys still include Eskimos among sets of animals."

For more information on the Unity Powwow and American Indian Cultural Expo, call (323) 295-9133 or visit it online.

Source material
Schmidt's original version of "Culture and Comics Need Multicultural Perspective" was published on various websites in 1999. The 2000 version of this essay is available at http://www.bluecorncomics.com/ccnmp00.htm. A follow-up essay titled Do Superheroes Reflect Society? is slated to debut in Just Comics & More magazine this fall.

Schmidt's views regularly appear in his Indian Comics Irregular newsletter. The newsletter is available through his website, at Egroups.com, and in Web-based newsgroups and mailing lists. He also tracks Native American stereotypes in his Stereotype of the Month contest.