An expanded version of my Indian Comics Irregular essay Comics Good for Your Health:

The setup
From the Aboriginal Youth Network:

In their own words
The Healthy Aboriginal Network's description of the project:

Rob's review
As noted previously, The Healthy Aboriginal Network created DARKNESS CALLS (not FALLS) to address the critical issue of suicide in a youth-friendly format. Here are my thoughts on the 40-page comic: 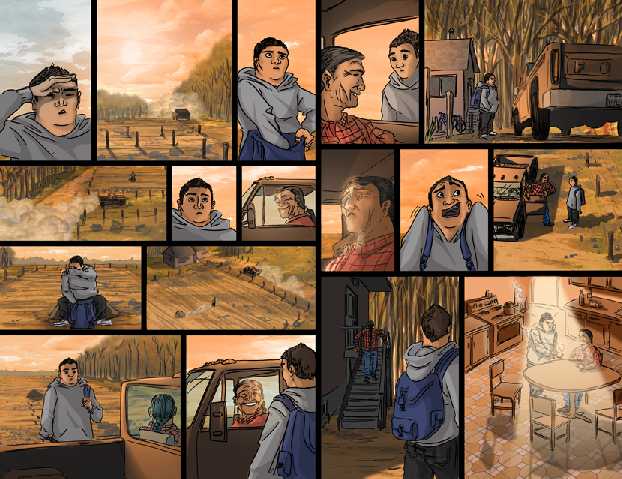 The ugly: In short, DARKNESS CALLS is a fine addition to the Native-comic genre. It's one of the best comics, if not the best, to deal with an important, real-world issue.

Only the unsatisfactory printing job keeps me from putting it on my recommended list. If the Healthy Aboriginal Network corrects this problem in the next edition, it's there.