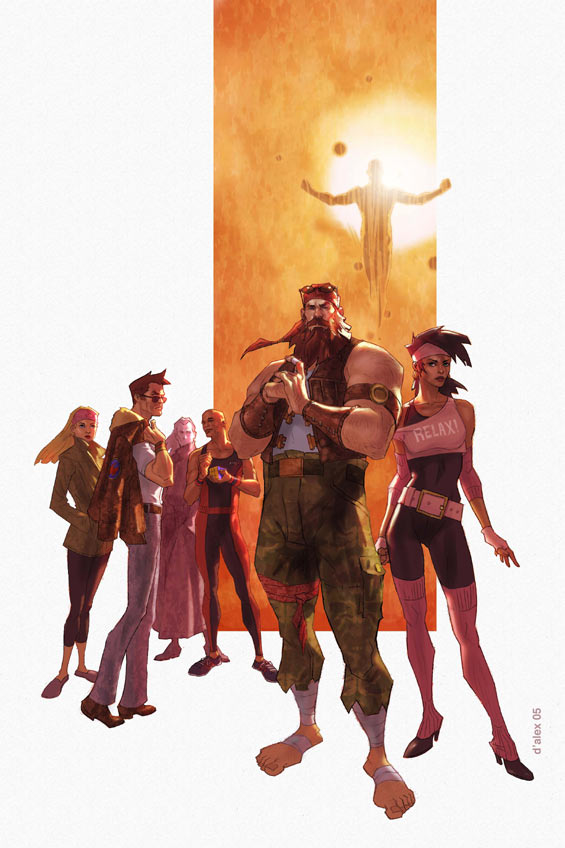 In 1986 Marvel created a line of comics called the New Universe. The best NU series was D.P. 7, about a group of ordinary people who mysteriously gain superpowers. Another good one was Psi-Force, which featured a group of teens who could summon a Native spirit called Psi-Hawk with their combined abilities.

To commemorate the 20th anniversary of the New Universe, Marvel published several "Untold Tales of the New Universe" this year. The D.P. 7 issue told of a tribe threatened by one of its own, who gains the power to raise the dead. Here's the lowdown on the comic.