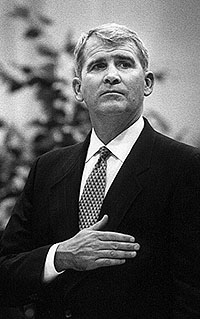 Another response to Terrorism:  "Good" vs. "Evil":