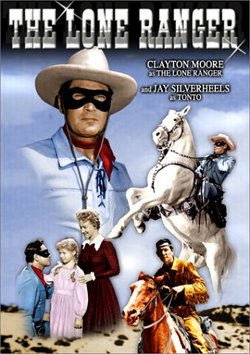 The case continues
From the Toronto Star:

Tonto the fool?
Activist Terri Jean explained why "kemosabe" might be offensive in "I Ain't Your Kemosabe!" (11/30/04):

Rob's comment
Some theories on the origin of "kemosabe":

I agree with Terri Jean about Tonto, but I don't agree with her position on "kemosabe." I don't see any evidence that the meaning of the word is inherently racist. "Kemosabe" rarely comes up in casual conversation, and I've never heard it used when somebody did something stupid or foolish. Without supporting evidence, this anecdotal claim is weak.

Nevertheless, if the meaning of "kemosabe" isn't racist, its use may be. However "friendly" his intent, Muller seems to have applied the word only to aboriginals. In other words, he distinguished them by race in word and deed.

This may be only a minor and benign form of racism, but it's worth noting. I usually don't include the actions of individuals, but a court upheld Muller action. That makes the problem institutional in nature, not personal.

The word "kemosabe" is a made-up honorific, not a real one. Tonto used it to formally acknowledge the Lone Ranger, who was arguably his superior. Rather than uniting the pair, it served to subtly keep them apart. Tonto couldn't treat the Ranger like a true equal—e.g., couldn't slap him on the back and say, "Hey, Johnny, how's it going?" He felt obligated to use the (made-up) honorific because (in the show's worldview) Indians must remain separate but equal. They must know their place.

Did Tonto ever challenge the Ranger...disagree with him...go act against his wishes? Not that I recall. True friends occasionally quarrel or fight, but a deferential "friend" doesn't argue with his kemosabe.

If Muller applied "kemosabe" to people of every race, not just aboriginals, I don't think Moore would have cause to protest. If aboriginals used the word freely, I don't think Muller would be wrong to use it also. But nothing in the articles indicates that these conditions applied.

It seems Muller used the word to single out aboriginals. It made one of them feel like Tonto (even though it was normally Tonto's word). In today's multicultural world, where everyone is equal, there's no good reason to single out members of one race with a special word. 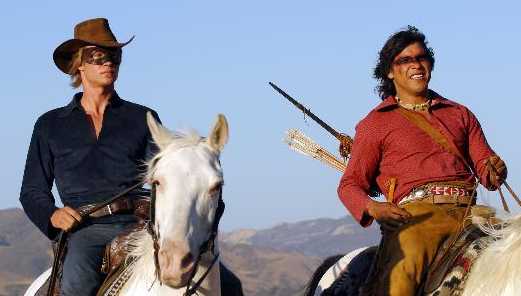 Rob misunderstood?
After reading the above analysis, correspondent Bonnie wrote to question it. Her comments and my replies:

>> I was reading your Stereotypes of the Month and I think you misunderstood something in your "Kemosabe" entry. You say:

"Regardless of what it meant back then, it carries a different meaning today." <<

Check the page again. I quoted someone else—activist Terri Jean—who said that. I didn't say it myself.

In fact, I said I didn't agree with her theory. As far as I could tell, it was nothing more than her opinion that "kemosabe" had changed meanings from "trusty friend" to "fool."

>> People have long recognized that the Lone Ranger treated Tonto like a retard, and that Tonto deserved better. That's why "kemosabe" is an insult -- I'm comparing you to the Lone Ranger, that dork! <<

I'd say the standard interpretation is the more obvious and likely one. Tonto uses "kemosabe" as a genuine honorific, not a sarcastic one. That's why I said its meaning isn't racist, especially if someone applies it to Natives and non-Natives alike.

In my mind, the only problem is if someone applies it only to Natives—even if he intends it to mean "trusty friend." Why? Because even if Tonto considered the Lone Ranger his trusty friend, the Ranger didn't treat him as a true equal. Tonto may have been a casual friend to him, like a work colleague at work, but not someone he'd share intimate secrets with.

>> I do agree that calling an Indian "kemosabe" is in poor taste but I see it the same as if a Mexican guy came into the store and the white owner called him "Senor". The white dude is trying to appropriate his culture and that's not cool. <<

This may be valid, but it's a different criticism from what you said above. In fact, it's a good analogy for my point, not yours. No one could complain that the title "Senor" secretly means "fool." But you still could complain if a white store owner used it only for Hispanics. You could argue that he was only honoring Hispanics with their own form of speech. Or you could argue that he was distinguishing Hispanics as a separate class of people from his own. He was discriminating, in other words.