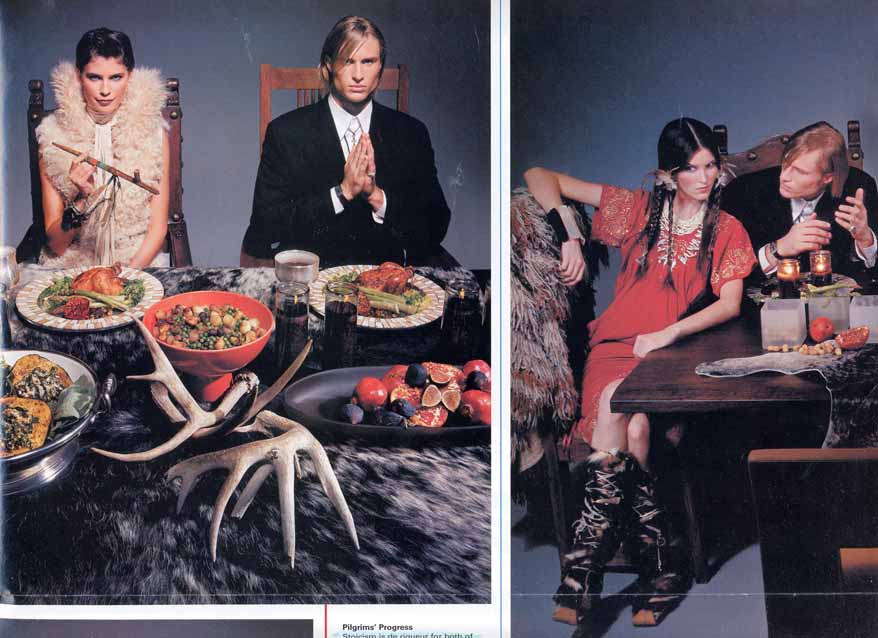 Excerpts from the November/December 2002 issue of Paper City, a rag aimed at San Francisco's jet set:

Rob's comment
The feathers, the pipe, the fur coat...I'm betting these had little or nothing to do with traditional Wampanoag culture. As for the other stereotypes....