A colleague comments on the source article 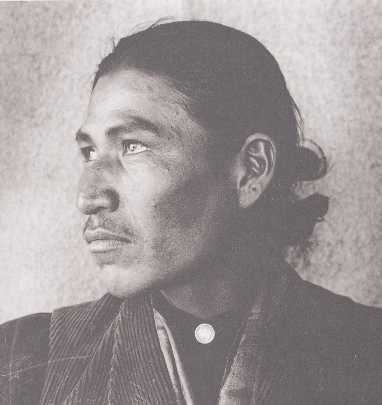 Rob's reply to his colleague
You're brave to compare bloggers to Indians with people like me looking over your shoulder. <g>

Actually, I wouldn't make any gross generalizations about Indians if I were you. It's kind of like comparing any two cultural groups—say Jews and Arabs. They're both Semitic and live in close proximity, so the analogy is apt. You wouldn't want to say Jews are more community-spirited than Arabs, would you?

The Navajo were nomadic, and I suppose some still are. They aren't and weren't Plains Indians, except (maybe) long ago. So at least one fact is wrong here.

I don't know how close-knit Navajo communities are, but the Hopi villages are semi-autonomous. There's a lot of factionalism within and between villages. I think the Hopi are more peaceful than most societies overall, but that isn't necessarily true on a house-by-house or village-by-village basis.

Besides, if the Navajo are less reliable, it could be for reasons other than a disdain for their reputations. Winslow is closer to Hopi than to most of the Navajo reservation lands, so the Navajo might have to drive farther on average to make payments. The Navajo are more dependent on seasonal jobs like sheep-grazing, so perhaps their incomes are less steady. I probably could come up with other explanations. Accepting the explanation of a white car dealer uncritically is likely to get you in trouble.

Not a big deal, but I try to think about these things. From small details we learn great truths. I'll ask a few other people who know the Hopi and Navajo and see what they think.

Instead your conclusion was the opposite. Bloggers have reputations to protect...so they're extra nice to each other in person? It does not compute.

Like most people, I'm sure, I'm nicer to people in person than I am online. But that's not to strengthen my online reputation. If anything, it's to weaken it. I act nice in person because I don't want people to believe I really mean what I say online.

But I do mean it, of course. So my in-person behavior reduces my reliability by raising doubts about how nasty and opinionated I am online. Essentially, I'm pretending to be nicer than I really am. I'm raising my likability quotient by lowering my honesty quotient.

This behavior is in keeping with what little I've read of small-town behavior. Like bloggers, people in small towns simultaneously value their privacy and gossip about each other. Because there's nowhere to hide, people know each other's faults and secrets. They may be polite because they have to get along, but they're also honest because they have to get along. There's no room for someone who lies to or cheats his fellow citizens. Anyone who violates the common morality is likely to be shamed into compliance or ostracized from the group.

So even if the Hopi anecdote is valid—which I question—it doesn't tell us much about niceness. The anecdote explains why bloggers might be more reliable in person—i.e., as honest as they are online. It doesn't explain why they'd be nicer (i.e., less reliable) in person.