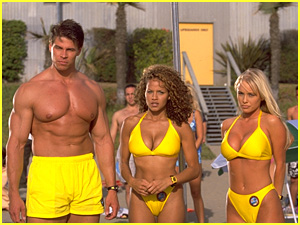 >> Once again, aren't these all artifacts that pertain to or did at once pertain to Native Americans? <<

They pertained to some Native Americans. They don't pertain to the ones in California living near Malibu (the Chumash).

Apparently you're not quite clear on the concept of stereotyping. I didn't say Stern fabricated Native lore, I said he used and misused Native stereotypes. A stereotype is something that may be true in limited circumstances, but becomes false or misleading when applied widely or used repeatedly as a substitute for reality.

For example, it's a fact that some blacks eat watermelon. Only a fool would deny that. But only a fool like Howard Stern would show all blacks eating watermelon. That's a stereotype, not a fact.

>> Do you find it insulting because they are part of someone's heritage? <<

I find them intellectually dishonest more than emotionally insulting, since I'm not Native American myself. As you may or may not have noticed, I defended some of Stern's stereotypes. But the dishonest stereotypes are "bad" because they misrepresent reality. California Indians did not do about 99% of the things depicted.

>> Any scantily-clad maiden is an insult to Native Americans and not just horniness on Howard Stern or anyone's part. <<

What if Stern portrayed your mama getting it on with a German Shepherd? Would his alleged sense of humor also justify that? How about a scene of Howard having a menage a trois with his daughters? Why not, if "humor" justifies anything?

>> I understand the push to be PC in many media forms, but were you honestly *personally* insulted? <<

No, not personally. I comment on things that are wrong, not just things that insult me. See above.

>> If you were, that's fine to express the fact, but nobody is forcing you to watch Howard Stern's lame show. <<

No one's forcing you to read my critique.

>> In fact, I had mostly forgotten it existed until you posted this message. <<

Good thing I reminded you, eh? Who knows what subconscious effects the show might have had? Your comments imply that you think many or most Indians lived in tipis, wore feather bonnets, dressed in buckskins, and so forth. Sounds to me like Stern's stereotyping did what I claim it did: muddled the difference between stereotypes and reality.

>> If you have ever listened to his radio program, you know he *thrives* on argument like this. <<

I have listened to it, and I think I addressed the point. It's fine to mock politically correct idols such as the Indians' overwhelming love of nature. That's also a stereotype that isn't totally real. But how do you justify insulting people for no good reason?

Again, if you'd laugh at a show featuring your mother and a German Shepherd, and if Stern would laugh at a parody of him and his daughters, I'll concede you'd both laugh at "anything." Until then, you're laughing at this particular target, not at anything.

And what have Indians done to deserve lampooning on Stern's fourth episode? Aren't there thousands of more worthy targets? The fact that Stern thinks Indians merit lampooning before all the other targets is telling. It shows his bias against minorities and women.

>> What I disagree with is the idea that there should be some sort of list of subjects that are off topic to cover in a fictional medium. <<

I disagree with that too. Since I didn't advocate it, it's a straw-man argument. Savvy "straw-man"?

On the other hand, if you're going to do stupid things in fiction, I reserve the right to label your work stupid. Deal with it or stop acting stupidly.

>> Did they ever express that Native American culture is *bad*? <<

Yes, in all the ways I listed. Use of phony but "funny" personal names. Wearing buckskins rather than modern clothes. Inability to see right from wrong without white man's help. Juvenile solutions such as stabbing the developer in the back.

>> Or was this just a case of actors playing dress-up for a particular theme? <<

They expressed that some aspects of Native culture were a joke, figuratively or literally. And they were a bunch of actors playing dress-up. The two notions aren't incompatible.