Another response to Team Names and Mascots:

>> Your claim that mascots representing first nations are stereotyping may be true, but stereotyping a group beneficially is actually a compliment. <<

A positive stereotype is still a stereotype—an oversimplification of reality. Besides, being stereotyped as a warlike people of the past isn't beneficial or complimentary. And it's not for you to tell a people what's a compliment. If they don't think it's a compliment, it isn't, by definition.

>> When businesses or sports teams use and depict first nations as proud happy, and brave people for their mascot it's not derrogative. <<

Your use of the word "happy" demonstrates the problem in a nutshell. Why should Native people be happy to be sports mascots? White people killed them, herded them into reservations, and are now exploiting them to sell tickets. Which part of that history is happy?

>> It's using a symbol to represent their company.... they are not giving a history lesson. <<

They may not be giving a history lesson intentionally, but they're giving one nonetheless. Besides, whenever they try to justify their stereotypes, they give an explicit history lesson explaining the stereotypes' origins. This lesson usually reiterates the prevailing, stereotypical thinking: how ferocious and warlike Indians were.

>> Also many of my classmates which are first-nations of the Vancouver island wear many sports teams hats that have an indian as their mascot. Chicago Blackhawks, cleveland indians ect. <<

The Chicago Blackhawks aren't high on the list of the most offensive team names. Because of their mascot, Chief Wahoo, the Cleveland Indians are.

So your Pacific Coast classmates wear hats featuring a devilish caricature from a mediocre baseball team half a continent away? Give me a number: Exactly how many of your classmates wear a Cleveland Indians hat featuring the grotesque Chief Wahoo?

You say "many" of your classmates wear these teams' hats. That suggests many of them don't. Take a poll of their feelings on mascots and get back to me with more precise numbers, hm?

>> For example, pittsburgh pirates mascot is a mean looking white guy wearing a bandana with an eye patch and a gold earing.

if i wanted to be picky i could say "well historically............that is not what pirates looked like"

I could take offence if my ancestors were pirates. <<

Yes, and you'd have every right to. And if we cared about the feelings of people who were and are pirates (i.e., murderers and thieves), we'd give you the same consideration as we do Natives.

Celtics same as Indians?
>> I am celtic, and i see depictions of the boston celts basketball mascot, and many many mascots and symbols for business's. I am not offended in the least because a business's need a symbol to depict that they are above others, and when they use a scottish or celtic symbol as their logo even if it is stereotypical or unhistorical i take pride <<

What mascot...a leprechaun? A leprechaun isn't a Celt, it's a fictional character. The offense, such as it is, isn't quite the same.

Of course you take pride. Your Anglo ancestors killed or conquered almost everyone in their path, so you're celebrating their victories. That's not the same as being defeated and then "celebrated" as a historical oddity, a museum piece.

If you think we should honor ferocious warriors of the past, let's name a team after the Nazis. They almost conquered the British Isles and proved how tough they were in the attempt. Show the world you can honor "warriors" even when you were on the losing end (until us Yanks bailed you out).

I addressed this issue at length in Fighting Sioux vs. Fighting Irish. Read it and learn.

Apparently a lot of Native people don't take pride in these companies and sports teams, since they protest them regularly.

>> The part of shows, movies, and comics mocking first-nations is ridiculous, comics, shows, and movies mock EVERYONE, so why would they leave out first-nations? << 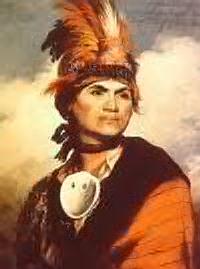 Sorry, your premise is false. I've addressed that at length too. See Equal Opportunity Offenders.

>> I know history and real facts just as you do and many others, i watch movies, and read comics not for historical content, but for entertainment. <<

Do you know history? Then you know most Indians weren't warriors or savages. And they definitely weren't redskins, since their skins are brown. Since these labels are historically inaccurate, where's the so-called honor?

The real question is how entertainment products influence the general population. Unless you can guarantee that everyone can distinguish between entertainment and reality, just like you, your personal assurances are worthless.

For some excellent examples of how a movie (Pocahontas) influences children, who can't tell the difference between entertainment and reality, see Pocahontas Bastardizes Real People.

Nonsense. If you can't imagine humor without ethnic stereotyping, you have a poor imagination. Watch some classic comedy by Charlie Chaplin, Laurel and Hardy, or the Marx Brothers and learn how comedy does not require it.

If you have such a good sense of humor, would you mind if I put up a page mocking your mother? Send me the facts and some pictures about her and I'll invent something "honoring" her. And I'll make sure everyone understands it's just entertainment, not history.

Trust me, it'll be funny. I think most people will laugh hysterically.

White people can laugh, since they're in control
>> heck i laugh when chris rock degrades white people, i don't put up a petition and a website. << 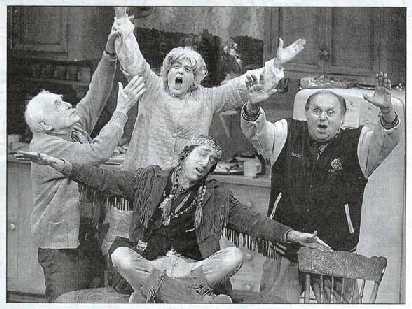 You've missed a major point. White people have the power in our society. The best humor is about tweaking the noses of the powerful. So humor about white people is appropriate.

The same isn't true of humor about minorities. They're historically disadvantaged and still struggling to attain equality. How is it funny to kick people when they're down?

In short, the two situations—humor about whites vs. humor about minorities—aren't symmetrical. Your mistake if you think they are.

>> A sense of humor and knowing when someone is honoring your ancestors goes a long way. <<

Native people have a great sense of humor, in general. As do I, a non-Native. They also know when they're being honored. A sports team name or logo isn't it.

For more on that subject, visit Smashing People:  the "Honor" of Being an Athlete.

The debate continues (3/7/03)....
>> My best friends are native, and i have asked and brought up these topics and the majority don't agree with your extreme and ultra conservative rational. <<

My position isn't extreme among Natives, since many if not most Natives oppose Native mascots. For example, see The Many Voices of Opposition for a long list of Native mascot opponents.

Nor is my position ultra-conservative, since most conservatives favor keeping Native mascots. My position is liberal, not conservative. If you don't know that much, you probably shouldn't be debating the subject.

If your friends actually favor grotesque mascots like Chief Wahoo, feel free to quote them saying so. When a complete stranger says other complete strangers disagree with me without further evidence, it doesn't move me much.

>> Also, how can one group be given as an open target, and others not, because they have different skin colour, that is racist in itself. <<

Unless there's a logical rationale for distinguishing between the two. Which there is in this case.