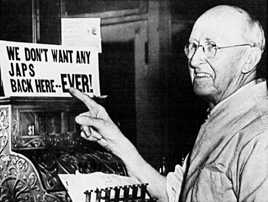 When someone engage in racism or stereotyping, they usually defend themselves by saying "It's just a [fill in the blank]": a movie, a joke, a satire. The following posting effectively debunks the "it's just a..." defense:

Comment:  Excellent posting, Jeff. This issue comes up often in the Native American field. People write an essay or tell a "joke" using Native stereotypes, then defend themselves by saying they were just poking fun at the stereotypes. As I usually respond, if you can't tell the difference between stereotyping and "poking fun at stereotypes," there is no difference.

Responding to a couple of comments on Jeff's essay:

>> My humor button must just be old and rusted, but wouldn't a joke that DEFIES the stereotypes be poking fun? <<

Yes. The proper way to make fun of stereotypes is to actually make fun of them—by defying them, subverting them, turning them inside out. It's a pose to claim you're repeating stereotypes only to mock them. As Jeff wrote, if the humor and intent aren't obvious, you're deluding yourself about your actions. You're stereotyping people whether you think you are or not.

>> Nope, every minority or disenfranchised group gets this — I get it all the time on online forums, and I'm not Asian. <<

Native people get this whenever they protest something too. 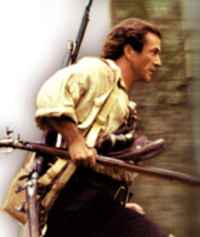 More examples
Here's an example of the type of complaint I occasionally receive. In this case it happened to be about Mel Gibson's movie The Patriot, but it could've been about anything.

>> Mel Gibson has publicly stated it [The Patriot] was a movie, not a history book. <<

In other words, racism can't occur in the media? And if it does, it's inconsequential by definition? The stupidity of that line of "reasoning" should be obvious.

Racism is racism, however you try to rationalize it. It's wrong because it harms people—because it violates the universal maxim of "Do unto others as you would have them do unto you." The magnitude of the harm is a detail. It doesn't justify doing harm.

Related links
"South Park is famous for their stereotypical portrayals of other races. It isn't meant to be offensive, it's meant to be funny."
"You IMBECILE. It's a JOKE."