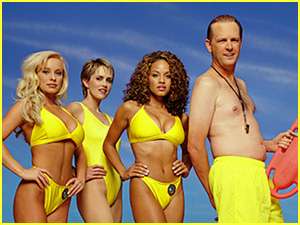 Your answer is a joke.

Ho-hum. Let me know when you have anything to say about the substance of my message. I've addressed the claim that Stern jokes about "everything" at length.

>> That ratings drop off happens with EVERY now show, genius. It's classic. <<

For a cable station it may be, since such stations don't have to generate great numbers. So what? My posting stands unchallenged. The numbers dropped precipitously, unlike those of most successful shows.

>> Go watch that boring pap on ABC if you have no sense of humour. Or watch "The West Wing"...zzzzzzzzzzzzzzzzz. <<

The West Wing is a fine show. Your dislike of it says volumes about your intelligence.

>> You are a another know-nothing who thinks he knows it all.... like most people in this newsgroup. <<

I think I know what I posted. You apparently don't know enough to dispute it.