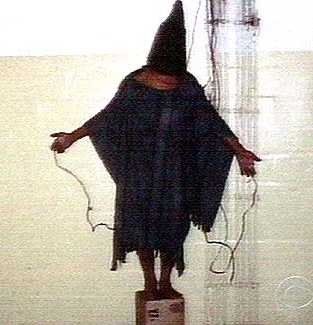 Continuing the analysis of the Abu Ghraib torture scandal....

Iraqi prison no aberration
We can be confident that Abu Ghraib wasn't an aberration because the same things happen in US prisons—especially in conservative states like Texas run by governors like George W. Bush. From the Los Angeles Times, 5/6/04:

More on our prison failures
From the NY Times:

Prison culture reflects American culture
Not surprisingly, the prison culture, both in Abu Ghraib and the US, reflects the values of the people who run the prisons. From the LA Times, 5/10/04:

Our smug self-confidence
We're smugly confident that we're God's gift to the world—that we can defeat any opponent or obstacle, even nature itself. If we're superior, everyone else must be inferior, naturally. Hence our harsh treatment of Indians, blacks, Jews, and other ethnic and religious minorities. If we don't keep them in their place, goes the thinking, they'll rise up and take what's rightfully ours.

A Native comments
Kennicott didn't mention America's abuse of its Native inhabitants, but he might as well have. Ishgooda makes the connection:

Arrogance is ultimate cause
Abuse of prisoners, attacks on villages, invasions of countries, the whole "war on terrorism"...all these stem from our racial and cultural arrogance. Arabs and Muslims are just the latest victims of the white Christian superiority complex that surfaced in 1492 and has continued ever since. 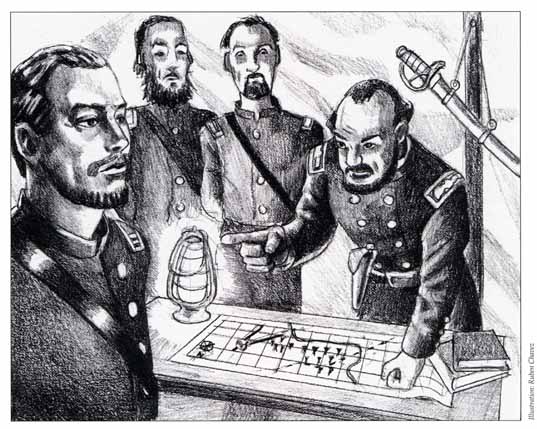 The Native connection
To Natives, the connection between America's values and the prison abuse at Abu Ghraib—along with the war on Iraq, the "war on terrorism," Vietnam and other imperialist wars, the Japanese American internment camps, lynchings of innocent blacks, various Indian massacres, and every other aspect of American history—is obvious. Several Natives address the issue below.

Rob's comment
Torturing and raping the earth...hmm. Apparently, Americans do to prisoners what they do to the people they conquer and to Mother Nature itself. You can find pictures of them posing with hunting trophies (e.g., the last remaining buffalo), lynching victims (e.g., blacks convicted of "fraternizing" with whites), and now Iraqis wrongly imprisoned as "terrorists."

In other words, another name for America's credo of progress is destruction. Another name for its can-do attitude is "the end justifies the means." Scary stuff if you're on the receiving end of the US's imperial power.

More examples of how prison abuse reflects America's values
Echoes of Abu Ghraib in Chicken Slaughterhouse:  "When humans have unchecked power over those they see as inferior, they may abuse it."

Readers respond
"The reason we are at war with Iraq and against Middle Eastern Islam extremist terrorists has nothing to do with what color they are...."