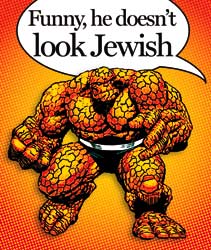 Related links
The truth about Spider-Man...revealed!
Some thoughts on minority comics
Culture and Comics Need Multicultural Perspective 2000
More on the future of comics and PEACE PARTY