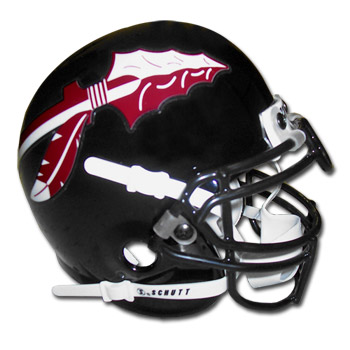 Rob's comment
In Why FSU's Seminoles Aren't Okay, I wrote a short essay on "Spearchucking at Florida State: the Indian Mascot Issue." Read it there and I trust you'll get the, er, point.