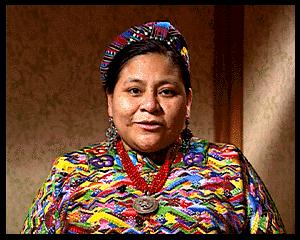 Rob's comment
Presumably Menchu looked like a street vendor or beggar to the hotel staff because of her brown skin, short stature, and multicolored clothing. Since she wasn't a white male in a suit, they thought she had no business in an upscale resort hotel.