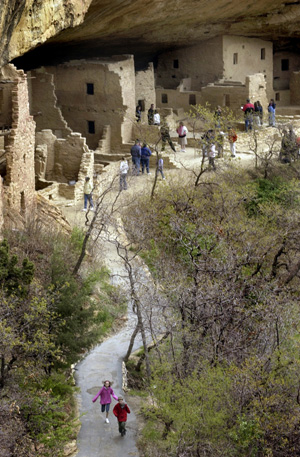 Rob's comment
The main problem with this report is the claim that the Ancestral Puebloans ("Anasazi") "disappeared" because they "could not adapt." It implies that this group of Indians, and perhaps all Indians, no longer exist.

Debbie Reese effectively rebuts this claim in her response to the report.

Another way of putting it is that leaving a region when conditions become untenable is a form of adaptation. Americans have migrated from rural towns and Dust Bowl areas throughout the last century. That doesn't mean they're primitive or lacking in technology. All it means is that migrating is often the best or only solution to a location-specific problem.