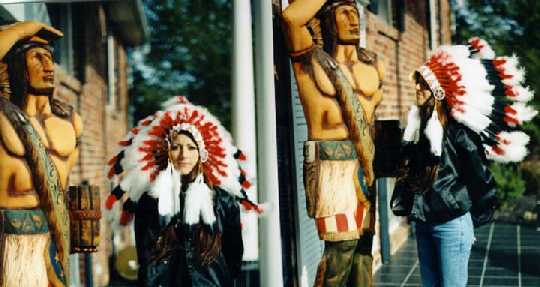 Rob's comment
Among other problems, Natives generally consider the feathered headdress a sacred honor. It's worn only by leaders who deserve it and not by women.

The notion that teenage volleyball players think they're equivalent to revered Indian chiefs is mind-boggling. This certainly trivializes the chiefs—reduces them in stature to mascots.

The "racist and profane" postings on Facebook show the students' true feelings toward Indians. Not "unity and pride," but ridicule and hate.

If the connection between Indian mascots and non-Indian attitudes of superiority aren't clear, the following makes it clear. From Smashing People:  The "Honor" of Being an Athlete