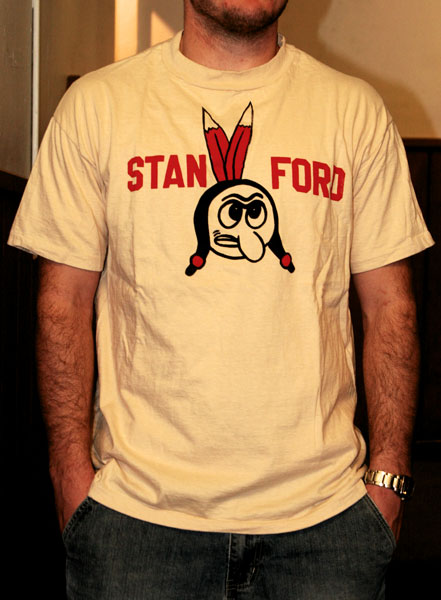 Rob's comment
Showing a wild-eyed, big-nosed Indian killing a bear (a protected species) or a Bear (a UC Berkeley rival) isn't racist or offensive or at least unpleasant? Sure it is.