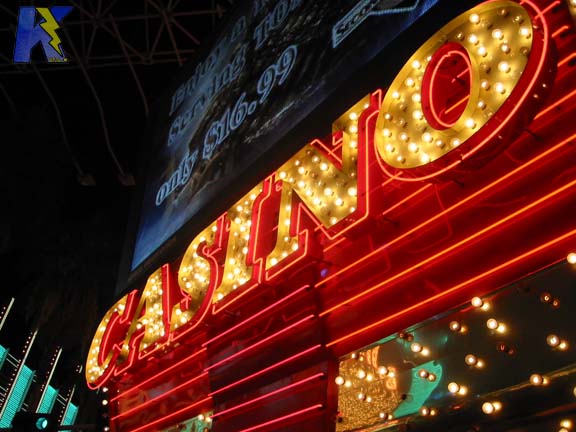 Rob's reply
I'm not an expert on the Buffalo situation, but I recognize stereotypes when I see them:

>> Some people want to build a gambling joint in downtown Buffalo. <<

Most casinos create jobs, so this claim is unlikely to be true.

>> Current estimates put Buffalo and Erie County's share at $5 to $7 million a year, which won't come close to compensating the city for huge amount of money the casino will deflect from taxpaying businesses <<

Then these counties should negotiate a greater share of the revenue. The money is there. It's not the Senecas' fault if New York state is hoarding the money rather than sharing it with the counties.

>> they'd suffer too when those jobs end, the casino's drain kicks in, and the area's economy goes into inevitable decline and less and less new construction is started. <<

No other community that I know of has gone into an "inevitable decline" after allowing a casino. This is a scare tactic on Jackson's part.

If Bill Gates set up a whorehouse, it wouldn't be tax-exempt. But since that isn't going to happen, it's irrelevant and not worth mentioning. This is another blatant scare tactic on Jackson's part.

>> How can hotels that pay a bed tax and stores and other operations that pay a sales tax compete? <<

They can trade their land to the government for a few meager benefits, suffer miserably for a century or two, and then seek the legalization of casinos to give them a chance for prosperity. If that sounds like a good deal, go for it.

>> If you take a job in a Seneca casino as a waiter, croupier, janitor, musician, bartender, porter, then you breathe the smoke. <<

Then don't take a job there.

New York had plenty of time to enforce its historic preservation laws when the developer owned the land. That it didn't isn't the Senecas' fault.

But where plenty of federal laws apply.

>> Indian nations are exempt from all of that. <<

The states bordering New York are exempt from New York's laws even if their actions effect New York's citizens. Same with Indian nations.

>> But why would Masiello and Brown dress up and grin into a lens at a site of current destruction and future exploitation? <<

Stereotype-to-English translation: "Future exploitation" = the way any business operates under our capitalist system.

>> Judy Einach: The casino is expected to take away from our local economy out of our pockets $150 million in the first year. <<

This statistic is ridiculous. If the Senecas earn that much, they won't put it under a mattress. They'll spend it in Buffalo, on their reservation 30 miles away, or in the surrounding area. The money will circulate and thus return to the area residents.

>> And in exchange for that, the thousand jobs may bring in $25 million and we may get $7 million to compensate us for the services we have to provide. <<

The experience of nearby casinos casts doubt on these statistics. As John Mohawk wrote in Indian Country Today (5/5/06):

>> George Pataki's 2002 casino compact with the Senecas was a way to get around New York law, a way to do what the state's constitution says may not be done. <<

Federal law trumps state law when it comes to gaming or any other subject. It's in the Constitution; you could look it up.

>> Casino spending, on the other hand, has the lowest multiplier effect of any kind of urban spending. <<

I've never heard this claim from any other source. Does it come from somewhere, or did Jackson make it up?

>> If you need evidence of this, go sometime to Atlantic City, which has a huge gambling operation on the boardwalk. <<

No, go to Las Vegas, which is booming by almost every measure because of its gaming-based economy.

>> People who come from a few hours away to gamble in Buffalo will not go outside the casino for anything other than to get in their cars and drive back home. <<

This is speculation, not fact.

>> In cities with casinos in their midst, the money that makes the casino operators rich is money subtracted from everything that would otherwise make the cities vital. That's the way it has worked in every other city that has put a casino in its downtown <<

Well, we know that's not true in Las Vegas, which has the biggest concentration of casinos in the midst of a city. I'd love to see the statistics for other cities with casinos, but I suspect they don't exist.

>> The city will wind up with fewer workers—most of them making less money, all of them having fewer rights—than the city has now. That is what has happened every place else; there is no reason to think things will be different here. <<

Again, where's the evidence? This sounds like a made-up statistic to me.

>> Perhaps a more appropriate t-shirt slogan would be "Buffalo—City of nice folks who want to believe the best while incompetent or deluded or bought-and-paid-for politicians roll over for a few gonifs running scams so improbable you can't believe they're scams, but they are, and that's why time and again the city's nice folks get screwed." <<

Related links
The negative side of gaming?