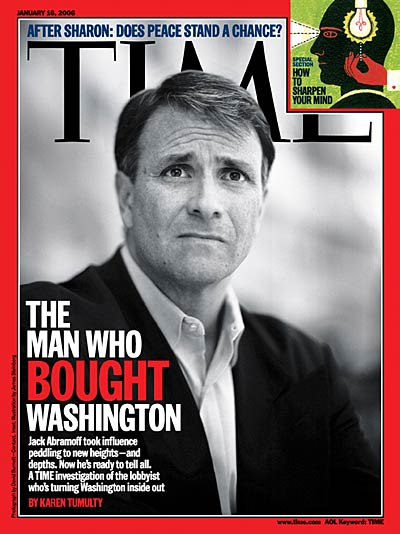 Rob's reply
Kudos to the authors and Indian Country Today for publishing these fine responses. A few more comments:

>> Mystifying, then, is why all hands insist on treating Indians as Mr. Abramoff's "victims." Louisiana's Coushatta Tribe was under no compulsion to pay him $32 million; it did so to foil another tribe's gambling project and secure its own inflated margins. <<

Not mystifying if you think about it. The Coushatta case was an exception. As Jenkins himself put it:

>> The beginning traces to the ancestral year of 1983, when an unemployed Connecticut welder, who may or may not have been one-sixteenth Pequot, wangled recognition for his defunct tribe. <<

See The Critics of Indian Gaming—and Why They're Wrong for more on the Pequots.

>> Take the minority and small business "set-asides" that produce indictments and jail sentences with such regularity that it's hardly noticed anymore. <<

Let's take the ongoing scandals at giant defense firms, espcially those contracting in Iraq, instead.

Many of those "defunct" tribes were doing okay until Congress terminated them against their will. If tribal groups are truly defunct, they won't be able to pass the BIA's strict criteria for recognition. Which explains why most recognition petitions get turned down, despite scare tactics like Jenkins's.

>> We're still a long way from any senator (John McCain leaps to mind) being willing to say "enough" to the enduring nonsense of Indian "sovereignty" — but even that may come. <<

Which "nonsense" is that? Jenkins must mean the constitutional right of tribes to govern themselves, recognized in court cases since the 1820s. Some nonsense.