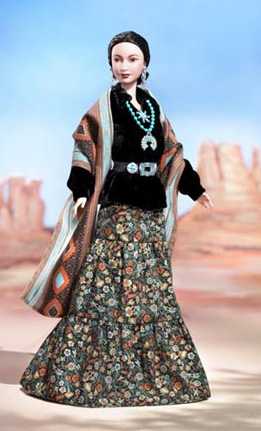 Rob's reply
The biggest problem here is calling the Navajo Barbie a princess. Most tribes didn't have princesses and the Diné weren't the exception. That any prominent female must be a princess or a chief's daughter is an age-old stereotype.