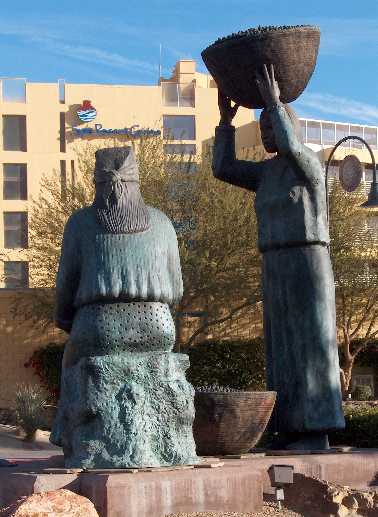 Rob's reply
Indians aren't saying casinos are reparations for past wrongs. The people who are saying that are usually conservatives who don't like the idea of Indian sovereignty, Indian casinos, or, frankly, Indians.

If Indian gaming were a reparations program, Congress might have felt obligated to spread the benefits evenly among tribes, or to concentrate them on the tribes with the greatest losses. Congress didn't do that because that isn't the purpose of Indian gaming.

It's more correct to call Indian gaming an economic development program—like other programs targeted at poverty-stricken areas such as inner cities. No one expects urban development grants to help poor rural communities. Indian casinos are much the same. They help those who can profitably take advantage of Indian gaming. Tribes in rural areas, like their non-Indian counterparts, require other types of assistance.

I'm not sure what the editor's point is. If he thinks Indians are demanding casinos as reparations, he's sadly mistaken. The premise on which this editorial is built is the only hogwash in evidence.