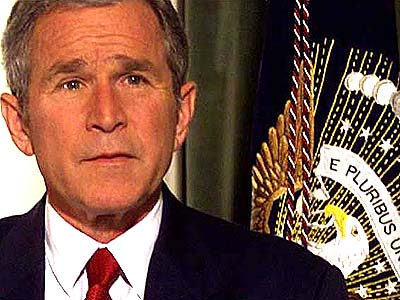 From Mark Trahant's column in the Seattle Post-Intelligencer, 8/8/04:

Rob's comment
When Bush launched his presidential campaign in 1999, he also said, "My view is that state law reigns supreme when it comes to the Indians, whether it be gambling or any other issue." It seems clear he still doesn't understand what tribal sovereignty means, much less what it entails.