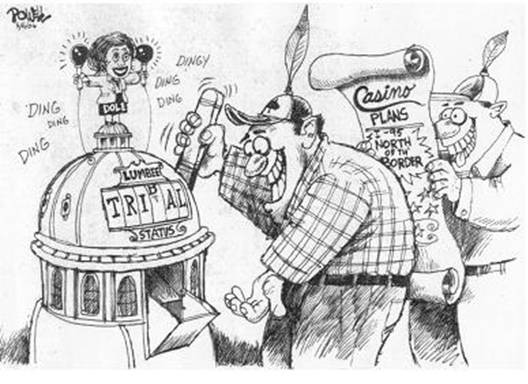 An editorial reply
Let's let a newspaper editorial address the implications of this cartoon. From the Wilmington Morning Star: