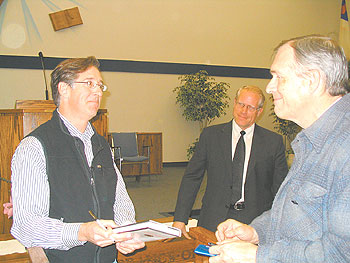 Other businesses buy property when they want to expand. Tribes "devour" acres, according to Fromson. If he thinks that's bad, I wonder what he thinks of the destruction millions of acres of rain forest a year?

So communities like Hesperia will "prostitute" themselves to establish tribal gaming within their borders, eh? But Fromson isn't prostituting himself to sell his book? Uh-huh, sure he isn't.