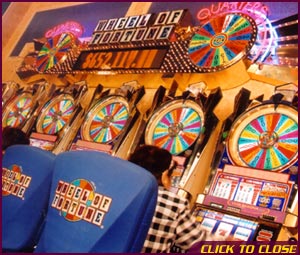 Showing his bias from the beginning, Safire starts with a ridiculous title. First, Indians are the owners of casinos, not the gamblers within them. Second, Safire himself claimed gaming is "no gamble." If it's no gamble, then tribes aren't gamblers. If it is a gamble, Safire contradicts himself later when he says it isn't.

Sort of like all the US corporations setting up phony headquarters in Bermuda or the Grand Caymans to avoid US taxes on their profits.

If casinos are so profitable, it's a shame all those US financial institutions didn't take a chance and invest in them. They would've made the big profits. Instead, the tribes were forced to go to outside investors. These investors took the risks and reaped the rewards.

When the majority of casinos aren't making big money? It certainly is a gamble. If Safire thought it was a sure thing, he'd be advising people to invest their money in casino-building syndicates. Or he'd be investing his own money in such syndicates.

How exactly is anyone ripping off taxpayers? The US government doesn't fund Indian gaming. If casinos are making money, they're getting it from private parties who enter their premises voluntarily, not from the public trough. The concept is called a free-market transaction, something you'd think a "free-enterprise freak"—or an anti-Indian freak—would know.

Note that Safire doesn't document a single one of these charges. He doesn't even repeat Barlett and Steele's scurrilous charges. Can you say "lazy journalism"?

Incredibly, he's taken the unblemished record of Indian gaming and spun it into something negative. No corruption => proof of corruption. You can bet Safire agrees with President Bush's "logic" on Iraq: "We haven't found any weapons, so they must be hiding something."

Probably not. Being reasonably informed on Indian gaming, Campbell probably understands it was never intended to be a welfare or income redistribution program for all tribes. It was specifically meant to help only those tribes that chose to pursue it.

Maybe Safire will get off his fat you-know-what and start doing some, rather than regurgitating a TIME report denounced for its lies and inaccuracies.

What condescending tripe. How has the Indian Gaming Regulatory Act, which legalized gaming but didn't mandate that tribes pursue it, "herded" Indians into anything? Which part of the process haven't Indians undertaken voluntarily, without pressure from the government?

That's like saying Bush is "herding" oil companies to drill in Arctic. Get a clue, Safire. Nobody is forcing Indians to open casinos. They're doing it willingly because they, unlike you, understand how America works. They understand that economic success is empowering, not "demeaning."

Safire is supposedly a language expert. He should be the first to realize "The result has been...the herding" is passive tense. Writers use the passive tense when they're unwilling or unable to identify a sentence's true subject.

That seems to be Safire's problem in this case. He's not sure who or what is "herding" Indians into gaming—Congress? Lobbyists? Investors? The public? Poverty?—so he doesn't say. It's called poor writing, old bean. Try to do better next time.