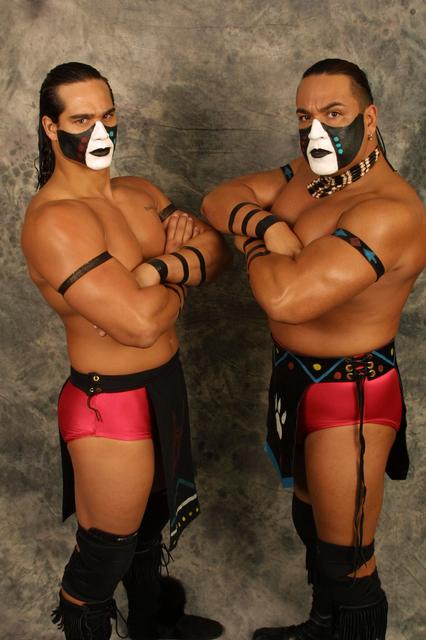 Rob's comment
Yes, this is the kind of thing we're looking. Nothing against Native people who want to wrestle, but war dances and war cries are stereotypical. Especially for Navajos, who historically were stealthy raiders, not whooping warriors.

I don't know if the painted look is valid for some Indian tribe, but I'm pretty sure it's not part of the Navajo culture. That makes it another stereotype.