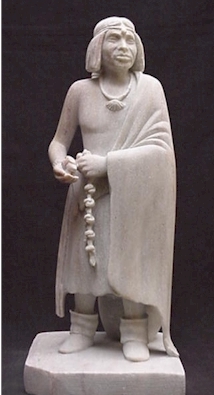 Rob's comment
A few comments on these postings and why the OŮate statue gets mentioned in a Native stereotype contest:

Conclusion:  I'm betting Houser's statue will never debut in Albuquerque, and Houser will die without being "immortalized." He and his statue will be forgotten long before the "political squabble" over Oñate is.