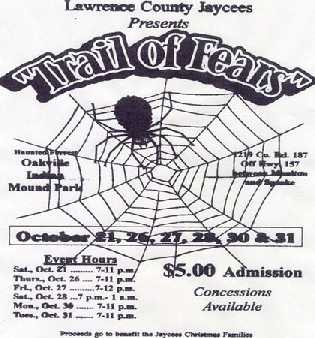 
More on the "Trail of Fears"
More on the subject—much more—from the Naked Truth newsletter:

Rob's comment
As a result of the protests, in person and electronically, the Jaycees:

Unfortunately, the authorities roughed up a few people who were peacefully exercising their right to assemble and speak. Such is the state of democracy in America. Is it any wonder people continue to protest?