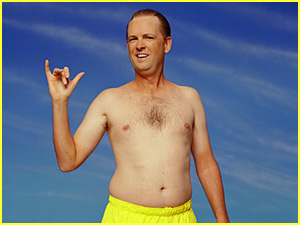 >> I would defend this work of art by pointing out that it seeks to offend everybody in every way. <<

Not really. The concentration is much heavier on women, gays, and minorities (Indians, in this case). Other than Notch Johnson, the developer was the only normal white male (not counting Chip Rommel, the neo-Nazi from Argentina). So we have four bimbos, one shrewish older women, one neo-Nazi, a bunch of inept Indians, and two white males. Is that a fair representation of America?

And the two white males didn't take serious hits. Notch Johnson participated in some of the stereotyping, but he remained a determined, take-charge leader. The developer tried his manipulative schemes, but remained charming and debonair. Chip, the women, and the Indians came off much worse.

>> Whites get it as bad if not worse than the Native Americans. <<

White women, maybe. White men did not take as many hits as women or minorities, even though they dominate the media. Because of that, they arguably should take more than their fair share of hits. In Stern's world, they take far fewer.

>> Stern seems to be the original Equal Opportunity Offender. <<

See the previous reader response to my Stern posting. When Howard satirizes himself, his ex-wife, and his daughters, then I'll concede he's offending everyone. Until then, he's attacking his favorite targets, not everyone.

>> Also, by unearthing all these stereotypes (and the closing credits were interesting) the creators of this show are ridiculing them. <<

As you may or may not have noticed, I discussed that in my writeup. I think he was ridiculing the stereotypes in part, but he reinforced about as many as he ridiculed. He reinforced some I'll bet he wasn't even aware of, such as making the Indians seem naive and childlike.

>> How paternalistic can a pasty-faced, pot-bellied white guy named "Little Worm" be? <<

Notch may not be an an action-adventure cliche, but he's tall, has a hairy chest, and has a reasonably good physique (mild flabbiness, not a pot belly). He's not an obvious cliche, at least, and I didn't say he was. That doesn't excuse the problems I noted.