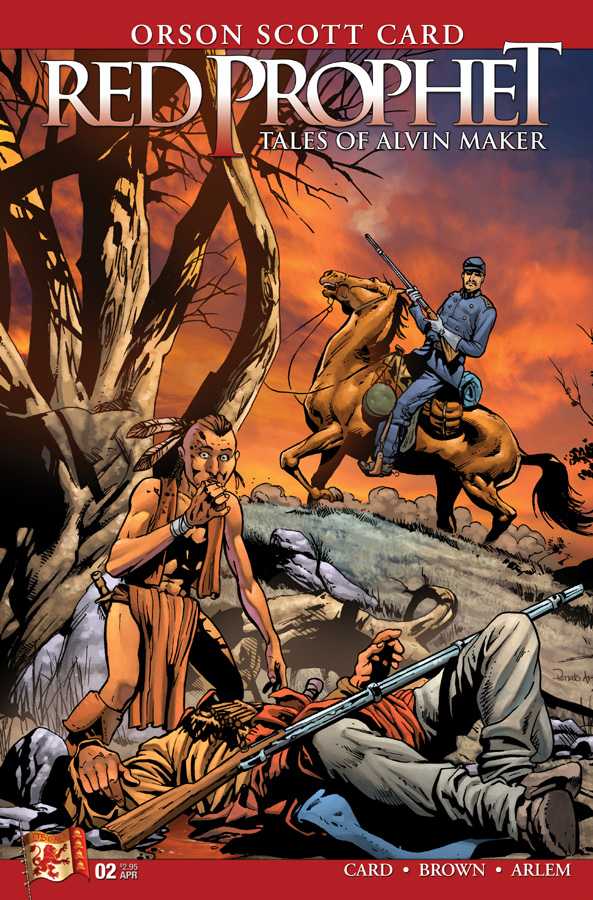 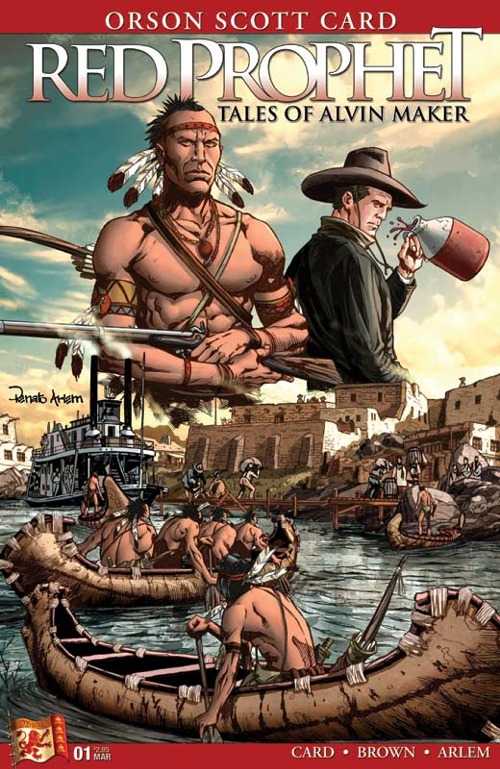 The story is told from Hooch's point of view. He witnesses a confrontation between Ta-Kumsaw and the white men. Ta-Kumsaw wants the whites to honor their word and stop selling liquor to the Indians.

After Ta-Kumsaw storms out, Harrison and Jackson discuss their plans for the Indians. Jackson wants to force them west of the Mississippi, where it'll be easy to "break" and subjugate them. Harrison prefers to keep selling them liquor until they grow weak and die of hunger or disease. This crackling confrontation ensues:

JACKSON:  I reckon I'll have to take three baths when I get home. Even then I still won't feel clean.

HARRISON:  Don't get high and mighty with me, you hypocrite!

HARRISON:  You want them all dead just like I do! There's no difference between us.

JACKSON:  The assassin, Mr. Harrison, the poisoner, he can't see the difference between himself and a soldier. But the soldier can.

About the only problem with this issue is that it portrays the Indians as either stone-cold warriors (Ta-Kumsaw) or tame and feeble drunks (Lolla-Wossiky). There's nobody in-between. Since Hooch is telling the story, it's not clear whether this is his view or the writer's. Let's hope it's the former.

In #2, Lolla-Wossiky sets out to find the dream beast he envisions and rid himself of the black noise in his head. Here are examples of his Indian-centric point of view:

If you can't tell, this is my idea of a superior Native-themed comic-book series. Rob says: Check it out.

For more on RED PROPHET: TALES OF ALVIN MAKER, see: