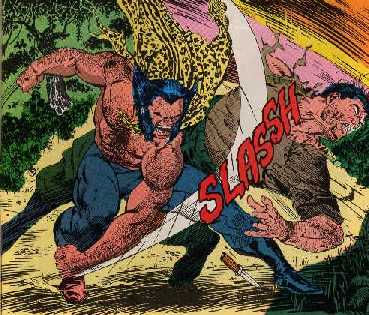 From an article in the LA Times, 6/11/00, entitled "Behind the Bunker Mentality":

Schmidt to Nicholson:  "It won't be you, Colonel, because you'll be in the brig doing hard time. When you're breaking rocks on a prison chain gang, maybe you can reflect on how an unrestrained police force leads to a police state."

If you see any similarities between the now-notorious LAPD and comic book/cartoon/movie/TV/video game heroes and villains, men and women, whites and minorities, Americans and foreigners, Hitler and Jews, cowboys and Indians, popes and heathens, et al., give yourself a gold star.