FLAGSTAFF—In early September, police forces in Coconino County captured a notorious gang of criminals with the alleged help of a plague of snakes. If true, this marks one of the most remarkable examples of spiritual power in a region known for its supernatural occurrences—a miracle of Biblical proportions. 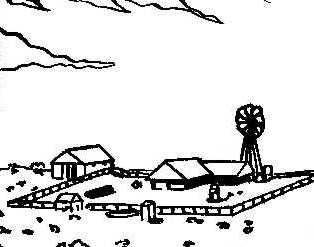 Authorities denied that any supernatural phenomena occurred, but in an exclusive report, the Inquisitor learned what really happened from Leland Old Child, an Indian Medicine Man. "It was the spirits," said Old Child. "I felt them."

Old Child, a member of the Smoki Indian band, performs sacred rituals for spiritual seekers. He claims to be in tune with the mystic forces of the universe. "When something happens," said Old Child, "I feel it. In this case, I felt two forces at work: a sky spirit and an earth spirit. The earth spirit called the snakes from the ground."

Local Indian tribes disputed Old Child’s views, claiming he and his "Smoki Indians" are outright frauds. For instance, Hopi elder Chack Namoki said, "This so-called Old Child should be in jail. You can’t believe anything he says."

Namoki conceded that spiritual—"not supernatural"—beings exist and could do the things Old Child attributed to them, but he played down the possibility. "Of course they could trigger an attack if they wanted to. Spirit beings can do anything. But this isn’t their style. They operate subtly, by showing people the right way, not by brute force.

"Besides, if Old Child says it’s true, it probably isn’t. The guy is nothing but a con artist."

Old Child said he isn’t offended by such words because he knows the truth. He claims the local Hopis and Navajos are jealous because he’s taking away their business. "They want to rip off the tourists while I give them a real experience."

The federal government doesn’t recognize any "Smoki" tribe, but Old Child said that is irrelevant. "I’m here, aren’t I? Me and my people are descended from the Anasazi, the Old Ones. We don’t want to be recognized because then the white man would exploit us."

Old Child said he has seen or heard of Indian spirits acting many times before. "Who killed Kennedy? How did we lose in Vietnam? Why did the shuttle really blow up? Americans have been too selfish and greedy, and the spirits made them pay."

The alleged supernatural incident involved Arthur "Scope" Scapulsky and his gang. Under Scapulsky’s leadership, the gang had allegedly smuggled drugs and other contraband from Mexico for years, often using low-flying airplanes. Authorities were aware of their alleged activities but were powerless to stop them without evidence.

The breakthrough came when Scapulsky’s gang allegedly tried to kill an undercover agent who had infiltrated them. The "hit" was interrupted by a couple of young Native American men, who had gotten into a car crash in the immediate area. The pair fled the gang and ended up on an isolated ranch several miles to the north.

There the alleged miracle occurred. It began with a freak storm. Scapulsky’s henchmen claim a sudden thunderstorm downed one of the two planes pursuing the Native men. Remarkably, no one in the plane was seriously hurt.

Summer squalls aren’t unusual in this part of Arizona, but Scapulsky’s men swear they were then attacked by what they described as an onslaught of serpents. 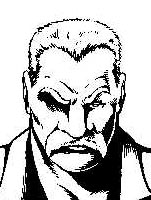 "They were all over us," said gang member Earl Perkins, according to a police source. "Freakin’ snakes everywhere. Rattlers, cobras, you name it. Attackin’ us like we were yesterday’s roadkill."

Authorities could find little proof of the alleged snake attack. The rain washed away any trace of tracks, said Officer Sheila Swain at the scene. Nor did she consider it plausible that not a single gang member suffered a bite or other wound.

When questioned, the two Native men could shed no light on events. "We were hiding in the ranch house," said William "Billy" Honanie, a lawyer from Phoenix. "It was dark outside and we couldn’t see much of anything."

His cousin Drew Quyatt, an artist from Second Mesa, Hopi, claimed the snakes were a result of the recent El Niño and La Niña weather phenomena. "Los Niños. Check ‘em out," the Inquisitor overheard Quyatt say to Officer Swain.

Dr. Jan Finkelstein, a scientist at the National Oceanographic and Atmospheric Agency (NOAA), confirmed that freakish weather-related phenomena have occurred in recent years. She considered it unlikely that weather could trigger a snake attack, but not outside the realm of possibility. "I’ve heard of dogs hiding under the bed," said Finkelstein, "but not large-scale animal uprisings."

Other witnesses to these events could shed no light either. Evelyn Rodriguez, owner of the ranch where the gang’s capture occurred, said she is legally blind. "I couldn’t see a snake if it crawled onto my lap," said. Rodriguez. "Ask the muchachos what really happened."

The Inquisitor did question the two Indian men about "what really happened," but after their initial remarks, Honanie declined on their behalf to comment further. The Inquisitor was unable to determine why Honanie suggested he couldn’t see anything while Quyatt implied he saw the snake attack.

In their efforts to flee Scapulsky and his gang, Honanie and Quyatt "borrowed" a car owned by a passing motorist, Bob Yamaguchi. The three of them fled together, but when Yamaguchi’s car spun out of control, he was knocked unconscious in the resulting crash. Honanie and Quyatt then ran on foot. 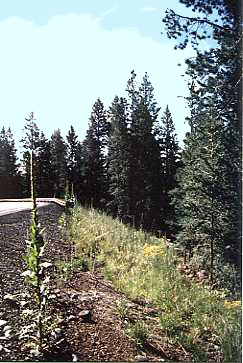 Yamaguchi wouldn’t explain in detail how he met the pair. About the supernatural events, he said only that he "didn’t see anything." He declined to press charges against anyone and said Honanie and Quyatt "were only trying to help their friend."

Honanie and Quyatt also left a companion, Oliver Gee, in the car they wrecked the night before the alleged miracles occurred. Gee, an enrolled Navajo from Window Rock, was found by sheriffs and airlifted to a Flagstaff hospital, where he was resting in serious but stable condition.

Oddly, a snake contributed to the start of this chain of events as well as its conclusion. When contacted by the Inquisitor, Gee explained the original automobile accident this way:

"We were in a hurry because Billy had a meeting in Phoenix. Billy saw a stick in the road, but Drew thought it was a snake. Us Dineh don’t like snakes, so I said hit it. But Drew grabbed the wheel and yanked us off the road.

"You gotta love the guy, though I guess you could say he was responsible. He’d rather kill us than a defenseless snake."

Gee admitted the three of them had had "a couple of beers" earlier that evening, but said they weren’t intoxicated when they crashed. "My Billy, a DUI? Not a chance. He’s so straight he doesn’t even jaywalk." The police found no trace of alcohol or drugs in anyone involved, except gang member Perkins, who was "high on something," according to Officer Swain.

The Inquisitor will continue to investigate the alleged snake incident(s) and report to our readers as we uncover further information.